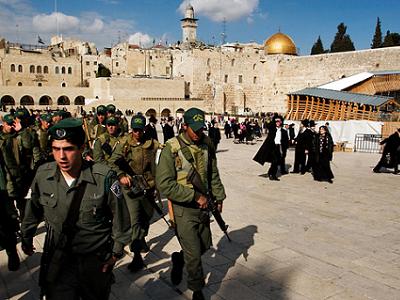 Dozens of Israeli soldiers and police officers, attacked on Wednesday evening, Palestinian students at the Hebrew University, near Al-Esawiyya town, in occupied East Jerusalem, as they were holding a vigil in support of Palestinian detainees holding hunger strike in Israeli prisons. Three students have been kidnapped.Lawyer Shireen Al-Eesawy, sister of detainee Samer Al-Eesawy who has been on hunger strike since 227 days, stated that the students were holding a weekly vigil in solidarity with the detainees imprisoned by Israel. The Democratic Students’ Assembly organized the vigil.

Al-Eesawy added that that the Police kidnapped three students identified as Majd Hamdan, Ali Jasara and Tareq Al-Khateeb. They were moved to an interrogation facility at the Salah Ed-deen Police Station in the center of Jerusalem.

Al-Eesawy said that her brother should have been released Wednesday March 6, as ruled by the Israeli District Court in Jerusalem.

She added that the Legal Unit of the Palestinian Prisoners Society (PPS) is trying to get the Ofer Israeli Military Court to set the date of her brother’s trial, as he is illegally facing the same charges in the two courts.

Israel claims that Al-Eesawy violated the terms of his release when he was freed along with more than a thousand detainees during the Shalit swap deal that secured the release of Corporal Gilad Shalit who was held by the resistance in Gaza.

The violation, according to Israel, is the fact that Al-Eeesawy left Jerusalem and went to the occupied West Bank.

Al-Eesawy is currently in a very bad health condition at an Israeli hospital, but determined to continue his strike, protesting his illegal imprisonment.

He started his strike on the day of his arrest on July 7, 2012. Al-Eesawy is still facing the possibility of a long-term imprisonment that could be instated by the Israeli Military Court.

Israel allows the re-arrest of detainees under the claim that they violated the terms of their release; therefore, the prosecution can demand reinstating the original sentence. In Al-Eesawy’s case, the sentence is 20 years.