We’re American Jewish Historians. This Is Why We’ve Left Zionism Behind 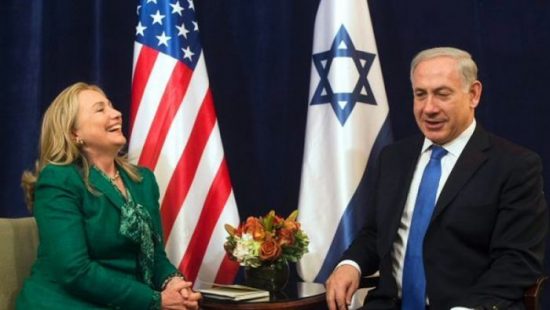 Our connections to Israel flourished, faltered and finally ended even though we grew up, live and work in the heart of the American Jewish community.

When I was asked to run as a delegate on the progressive Hatikva platform to the 2010 World Zionist Congress, I encountered my personal rubicon, the line I could not cross. I was required to sign the “Jerusalem Program.” This statement of principles asked me to affirm that I believed in “the centrality of the State of Israel and Jerusalem as capital” for the Jewish people. It encouraged “Aliyah to Israel,” that is, the classic negation of the diaspora and as such the ending of Jewish life outside a homeland in Israel.

The “Jerusalem Program” also asked me to declare that I wanted to see the “strengthening [of] Israel as a Jewish, Zionist and democratic state.” As to democratic, I had no problem, but the singular insistence on Israel as a Jewish and Zionist state made me realize that, at least in light of this document, I could not call myself a Zionist, any longer. Does Jewish constitute a race or ethnicity?

Does a Jewish state mean a racial state?

The death of vast numbers of Jewish communities as a result of Zionist activity has impoverished the Jewish people, robbing us of these many cultures that have fallen into the maw of Israeli homogenization. The ideal of a religiously neutral state worked amazingly well for the millions of Jews who came to America.

The socialist Zionism of the Habonim youth movement was central to my early years, providing my base during the 1970s when the Jewish settlement of the Occupied Territories began. I need not belabor the point that from that date on, the Palestinian land that has been expropriated for Jews has grown by leaps and bounds and that the tactics used by the State of Israel to suppress the Palestinians have grown harsher and harsher.

Nor do I need to say that the exponential growth of far right political parties and the increasing Haredization of Israel, makes it a place that I abhor visiting, and to which I will contribute no money, whose products I will not buy, nor will I expend my limited but still to me, meaningful, political clout to support it.

I have read too much about colonialism and racism to maintain what I now see as a naïve view, that only the events of June 1967 changed everything. The Israel that I loved, the one my parents embraced as the closest approximation to Eden on earth, itself had depended well before 1967 upon the expropriation of Arab lands and the expulsion of Arab populations. The Law of Return can no longer look to me as anything other than racism. I abhor violence, bombings, stabbings, or whatever hurtful means oppressed individuals resort to out of anger and frustration. And yet, I am not surprised when they do so, after so many decades of occupation, with no evidence of progress.

I feel a sense of repulsion when I enter a synagogue in front of which the congregation has planted a sign reading, “We Stand With Israel.” I just do not go and avoid many Jewish settings where I know Israel will loom large as an icon of identity.

Marjorie N. Feld: The moment I began my reeducation

In all facets of my very Jewish upbringing I was immersed in Holocaust education. It was made absolutely clear to me that only Israel could prevent the concentration camps, right-wing anti-Semitism and genocide, from reappearing.  Friends and I travelled throughout Israel on a summer high school program in 1988, hitting the Jewish tourist spots (Masada, the Western Wall) that reinforced both Jewish nationalist triumphalism and the co-constitutive invisibility of Palestinians, their history, the violence and ethnic cleansing that created the Jewish state.

I now call it my propaganda tour, but I learned this language only later. From non-Jews I met in liberal and left organizations in college, I first heard strong critiques of Zionism as Western colonialism, as a militarist project, as racism. Very smart friends of mine were articulating these critiques, and they made me terrifically uncomfortable.

A feminist scholar I met at a conference asked me directly if I considered myself a Zionist, and I gave an indirect answer. Her anger became palpable. She nearly shouted: “You’ve read Chomsky, haven’t you?” I had not yet read Noam Chomsky’s writings on Israel, I confessed. As I recall she turned away and didn’t speak to me again that evening. That might be hyperbole, or more likely my own sense of shame.

I reeducated myself, stopping to look at all of the facts that I had bumped up against for years. The 1947 radio broadcast of the votes at the UN that declared the Jewish people had a home and would never face genocide again: I had listened to this recording and this interpretation dozens of times in the sites of my Jewish education. Now I interpreted it anew. The founding of Israel was the Nakba, the great catastrophe, for Palestinians, with ethnic cleansing, destruction, and no right of return.

In short, I no longer found common ground with those who saw an anti-Semitic or anti-Zionist bent, or even conspiracy, on the left. I saw that that Israel fit neatly into my broader understanding of Western colonialism. How could Israel be the antidote to genocide when it was the product of imperialism and ethnic cleansing?

Like Hasia, I often feel marginalized. I travel across several towns, driving past many other synagogues, to my synagogue precisely because I too refuse to enter to any institution that flies the “We Stand with Israel” banner.

‘Before’ and ‘after’ Zionism in the U.S. Jewish community

Our journeys from “before” to “after” identifying with Zionism have been painful, and we’ve searched for allies and institutions. We have both found Jewish Studies a difficult space in which to criticize Israel, to stand against the Occupation or even Zionism. Though we certainly do not claim to speak for all American Jews, as scholars we know we are a part of something much larger, something that, we assert, should be shaking the foundation of American Jewish leaders. Closing down all conversations on Israel/Palestine, demonizing the Boycott, Divestment and Sanctions movement, marginalizing or silencing those who dissent from the Zionist “consensus”:  there is a growing gap between these leaders and the people for whom they claim to speak.

Hasia Diner is a professor of American Jewish history at New York University. She is the author of “We Remember with Reverence and Love: American Jews and the Myth of Silence after the Holocaust” (NYUP, 2010).

Marjorie N. Feld is professor of history at Babson College and the author of “Nations Divided:  American Jews and the Struggle over Apartheid” (Palgrave Macmillan, 2014).
Read more: http://www.haaretz.com/opinion/1.734602