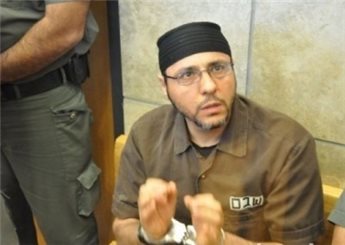 Hanan al-Khatib, an official of the Ministry of Detainees, voiced serious concerns regarding the condition of detainee Abdullah Barghouti.

The hunger strike among Palestinian prisoners in Israeli prisons started in May and in June this year, as a protest against the inhumane treatment the inmates receive by the Israeli Prison Service.

Barghouti who is serving a lifetime sentence, started his hunger strike on the 2nd of May. He was recently transferred to Afula hospital were he is receiving treatment “chained to his bed by his legs and left hand.”

Palestinian Minister of Detainees, Issa Qaraqe, warns that deaths among the hunger strikers would have serious consequences on the ongoing negotiations between Palestinian and Israeli officials, the Maan News Agency has reported.

Israeli Justice Ministry is currently working on passing a bill that would allow force-feeding of the prisoners. Force-feeding is a procedure condemned by Amnesty and by Human Rights Watch.