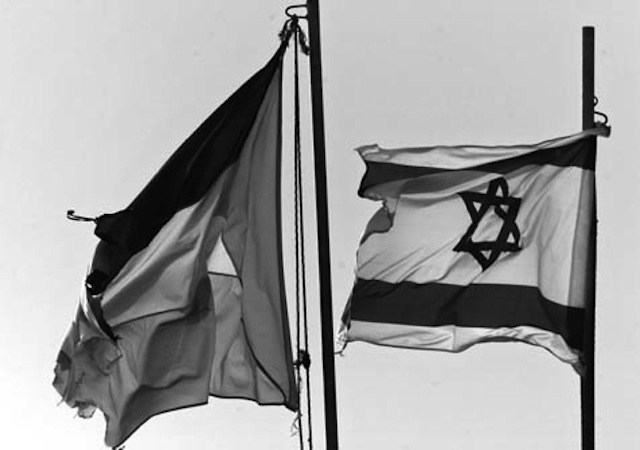 According to a new poll conducted by Israeli Democracy Institute 56% of the surveyed were opposed to Israeli withdrawal to pre 1967 ceasefire line.The poll also showed that 66% did not believe in a peace-agreement this year, and 67% were opposed to Palestinian refugees Right of Return, while 50% were opposed to that east Jerusalem neighborhoods could become a part of a Palestinian state.

The poll made by the Israeli Democracy Institute (IDI) includes 603 test persons and showed alarmingly low numbers of support for future agreements supporting a Palestinian state.

66% of the requested said they did not believe in that the negotiations would reach a deal within next year.

56% were opposed to withdrawal to the pre 1967 ceasefire lines even if land swaps, allowing some of the illegal settlements to remain on Palestinian land, were carried out.

Amongst the Jewish population the skepticism rose as high as 63%, whilst only 15% of the Israeli-Arab population opposed to the withdrawal.

Also, 67% of polled persons were as well opposed to any deal that would allow the Palestinian refugees, displaced during the Nakba of 1948, to return to their homeland were Israel was created.

The same group were also opposed to any form of financial compensation to the refugees or their families.

50% were against neighborhoods of eastern Jerusalem becoming a part of a future Palestinian state.

The attitudes opinions of Israelis are essential to a future agreement between Israel and Palestine, and these results highlight some of the numerous obstacles that remain before any “Peace talk” could possibly be fruitful.