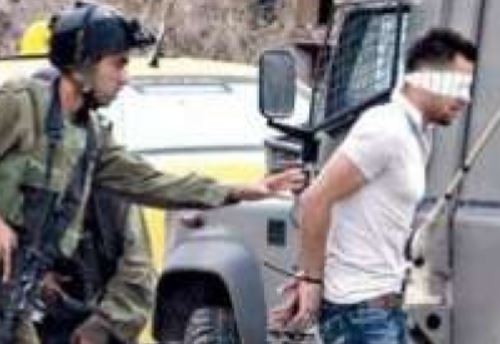 Palestinian sources in Hebron, in the southern part of the occupied West bank, have reported that dozens of Israeli military jeeps invaded on Sunday at dawn [August 25, 2013] the towns of Bani Neim Doura, and Ath-Thaheriyya in the Hebron district, and kidnapped one resident. The sources said that dozens of soldiers clashed with local youths in Bani Neim, after the army invaded the town, and added that one resident, identified as Issa Ahmad Abu Sakour, has been kidnapped after a number of soldiers violently broke into his home.

Several armored military jeeps invaded Doura town, west of Hebron, and clashed with local youth who hurled stones at them.

In related news, soldiers installed a roadblock in the Halhoul Bridge area, north of Hebron, and another roadblock in Jouret Bahlas, at the northern entrance of Hebron city.