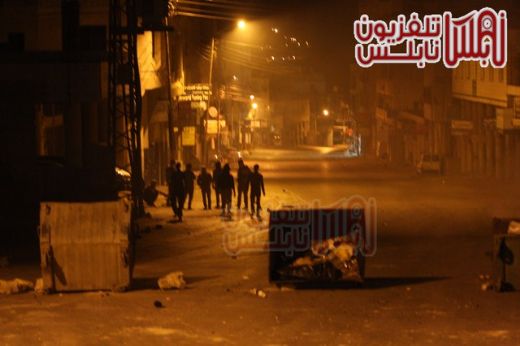 Monday [September 30, 2013] Israeli soldiers invaded different parts of the occupied West Bank, violently broke into several homes and kidnapped at least five Palestinians, including one child.Several Israeli military jeeps invaded the Al-Mogheer village, northeast of the central West bank city of Ramallah, and kidnapped one child after breaking into his family’s home.

Local sources said that the soldiers kidnapped Amjad Ramadan Na’saan, 16, and took him to an unknown destination.

The child’s father said that his son suffers hearing and speech impairments.

Earlier on Monday at dawn, dozens of soldiers invaded Yatta town, south of Hebron, broke into and violently searched several homes and kidnapping Ehab, 21, and his brother Mohammad Qar’eesh, 19.

Furthermore, resident Omar Samir Shallash, 23, from the West Bank city of Bethlehem, was kidnapped in the Etzion military base, south of Bethlehem.

The soldiers initially invaded the Al-Fawaghra neighborhood in the center of Bethlehem, broke into the home of Shallash and handed him an order to head to Etzion for interrogation.