Balfour, A Promise Of Bloodshed And Massacres 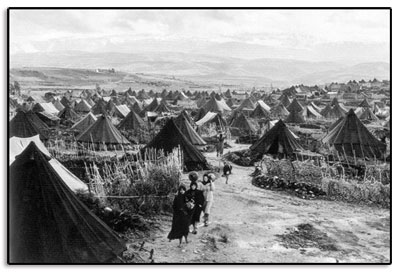 It was a day like this day, 96 years ago, on November 2, 1917, when Britain decided to shift away its “problem”, and promise the Jews a homeland in Palestine. The Arab land that was under cruel and violent British occupation.

Britain was not trying to be good to the Jews, but surely managed to look good doing it.

Back then, the Jews have been facing some of the ugliest forms of cruelty, racism and hatred, in Europe, especially in the Britain that calls itself the Great.

Nevertheless, why not, Britain thought, “if we give the Jews this gift”, and grant them a homeland in Palestine, we will “be doing something great, we will be granting the Jews a country of their own”, and at the same time we will be getting rid of this problem instead of dealing with racism and antisemitism, and ending it.

Therefore, British Foreign Secretary, Arthur James Balfour, made his infamous promise, infamous declaration to the grant the Jews a homeland in Palestine.

Balfour sent the letter to Baron Walter Rothschild, “the second Baron of the UK and Ireland”, and senior leaders of the Jewish Community in Britain, promising to grant the land of Palestine to the Jewish people.

A land that Britain never owned, a land inhabited by the indigenous Arab Palestinian population, a land that had great culture, wealth, and of course religious significance to all three faiths.

The wrong notion Zionists convey, and the facts they twist, especially when they say the Jews needed a homeland because of what they faced during the holocaust, crumbles when you realize that the declaration was made in 1917.

That is before massive murderer, criminal and annihilator, Adolf Hitler, rose to power and started his massacres against the Jews, and against anybody who opposed him.

Racism and antisemitism in Europe back then, made someone like Hitler rise to power and commit his ugly crimes against the Jewish nation.

After all, Jews were demonized, considered the problem, considered evil, as if they were a nation that worships the devil and implements his plans.

While facing all sorts of hatred and racism in Europe, way before the holocaust took place, Jews in the Arab world, Jews in Palestine, were living with as next-door neighbors to Arab Muslims and Christians.

But the Zionist movement did not want that, Zionists wanted the Arabs and the Palestinians out, wanted to use the suffering of the Jews, due to racism and antisemitism in Europe, to commit ugly war crimes, annihilation and forcible transfer of the indigenous Palestinian population to create a Zionist state.

Zionism and racism are nothing but sisters, accomplices in crime, they believe in the superiority of one nation, and inferiority of another, and many other nations.

That is why Zionist leaders never looked at the indigenous Palestinian population as people, as human beings living in their own homeland, and just wanted them killed and removed, dehumanized and just “gone”.

The Palestinians became a nation of refugees, displaced people, living under constant attacks and abuse by the Israeli occupation, while millions are living as refugees in various refugee camps in the West Bank and the Gaza Strip, and abroad.

An entire nation that once had trade, agriculture, and rich culture, is now denied its very own right, the right to live in its homeland as a free nation, as a sovereign and an independent nation.

The massive massacres against the Palestinians were intensified just before and during the establishment of Israel, and continued after that, continued to this very day, but the assault openly came into light after the First Zionist Conference, in Basel – Switzerland, in 1897.

Back then, Theodor Hertzel became known as the father of the so-called “Modern Political Zionism” that determined the urgency of getting rid of the indigenous population of Palestine, in order to establish a Jewish State on its ruins, on the lands that were once owned by the Palestinians.

It is not a secret that Hertzel was angered and annoyed by rich Jewish families that did not want to fund his plans, and by Palestinian Jews who actually left Palestine because they did not want to be part of the crime.

The Zionist conference came up with several agendas topped by the need to establish a Jewish homeland in Palestine, by all means.

To achieve this ultimate goal, the conference called for encouraging Jewish immigration into Palestine, organizing the Jews and connecting them with the Zionist movement, and achieving international legitimacy for the Zionist agenda.

The conference then decided to form the “International Zionist Federation”, headed by Theodor Hertzel.

It also decided to form the Executive Branch of the Jewish Agency to implement the resolutions, and to be in charge of collecting money to use in “purchasing lands”, and sending Jewish immigrants to start establishing settlements and colonies on lands that were owned by the indigenous Palestinian population.

After its establishment, the Zionist Federation decided to act on the implementation of a national homeland for the Jews in Palestine, an issue that came to light with the occupation of Palestine in 1948, and the establishment of the state of Israel. After ongoing attacks and violent assaults against the Palestinians and their lands.

The promise Balfour made was an important step towards fulfilling the resolutions of the Zionist Conference, his promise came to grant “legitimacy” for raping the land of Palestine, and displacing its people.

Balfour and his government wanted to look good, wanted to claim they cared for the Jews, wanted to give them a homeland in a country he and his country never owned, this way he can ensure continued control over Palestine, while at the same time looking as the man who gave a homeland to the Jews.

Throughout the years, leaders of the Zionist movement were frank about their plans, clearly knew that Palestine is a land inhabited by its indigenous population, and knew their plans would mean massive depopulation, murder and massacres.

This conflict, created by Zionists and colonialists, leading to this ongoing bloodshed, massacres, and forcible transfer cannot be resolved without acknowledging the crimes committed against the Palestinians, without recognizing their legitimate rights, stolen from them.

If we are to create an everlasting peace in the land of Palestine, peace that can build a better future for Jews and Arabs, we need to achieve justice first, peace without justice is just a shame, a lie that cannot survive long, and will be crumbling down.

Villagers who prospered by tending, planting and harvesting their lands, are not unable to access what is left of their lands, are denied their legitimate right to enter their lands, are losing their homes due to illegal collective punishment policies that led to the destruction of dozens of thousands of homes.

Millions of trees cut and uprooted by the colonial Israeli occupation under different pretenses and “justifications”.

But the Palestinians are defending their homeland, defending their right to exist and to establish their own state. Not a miniature state, but a free, sovereign and independent country.

— Some Zionist quotes showing the colonial and racist mentality of the Zionist movement that wanted Palestine to be transformed into a sole Jewish State, Jewish in name Zionist in nature, colonial and hatred-filled ideology.

“We came here to a country that was populated by Arabs and we are building here a Hebrew, a Jewish state; instead of the Arab villages, Jewish villages were established. You even do not know the names of those villages, and I do not blame you because these villages no longer exist. There is not a single Jewish settlement that was not established in the place of a former Arab Village.’ ¬ Moshe Dyan, March 19, 1969, speech at the Technion in Haifa, quoted in Ha’aretz, April 4, 1969.

“Let us not ignore the truth among ourselves … Politically we are the aggressors and they defend themselves… The country is theirs, because they inhabit it, whereas we want to come here and settle down, and in their view we want to take away from them their country.’ — David Ben Gurion, quoted on pp 91-2 of Chomsky’s Fateful Triangle, which appears in Simha Flapan’s ‘Zionism and the Palestinians pp 141-2 citing a 1938 speech.

‘We walked outside, Ben-Gurion accompanying us. Allon repeated his question, What is to be done with the Palestinian population?’ Ben-Gurion waved his hand in a gesture which said ‘Drive them out!’ — Yitzhak Rabin, leaked censored version of Rabin memoirs, published in the New York Times, 23 October 1979.

‘We must do everything to ensure they (the Palestinian refugees) never do return’ David Ben-Gurion, in his diary, 18 July 1948, quoted in Michael Bar Zohar’s Ben-Gurion: the Armed Prophet, Prentice-Hall, 1967, p. 157.
“Everybody has to move, run and grab as many hilltops as they can to enlarge the settlements because everything we take now will stay ours… Everything we don’t grab will go to them.’ Ariel Sharon, Israeli Foreign Minister, addressing a meeting of militants from the extreme right wing Tsomet Party, Agence France Presse, November 15, 1998.

“We must expropriate gently the private property on the state assigned to us. We shall try to spirit the penniless population across the border by procuring employment for it in the transit countries, while denying it employment in our country. The property owners will come over to our side. Both the process of expropriation and the removal of the poor must be carried out discretely and circumspectly. Let the owners of the immoveable property believe that they are cheating us, selling us things for more than they are worth. But we are not going to sell them anything back.” – Theodore Herzl, June 12 1895)