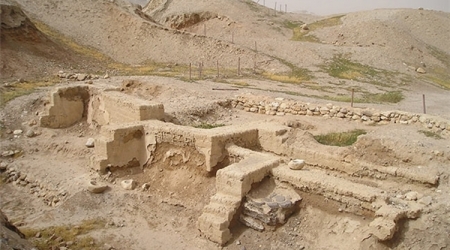 According to the Palestinian Department of Antiquities, there are 944 archaeological sites in the West Bank and the Gaza Strip, while the number of monuments hit 10 thousand, the Palestinian Information Center (PIC) has reported.(Al Ray) Antiquities expert Dr Hamdan Taha said that the occupation is committing the most dangerous crime against the antiquities, with the aim of changing and falsifying the history of Palestine.

The Palestinian Department of Antiquities and Cultural Heritage also pointed out that more than 500 archaeological sites and over 1,500 monuments in the West Bank have been stolen or destroyed by looters supported by occupation forces.

Researcher Mohamed al-Jamal said that the theft of antiquities is managed by Israeli officers, traders and dozens of semi-organized groups who are carrying out illegal archaeological excavations.

Jamal noted that ‘according to statistics, one hundred thousand archaeological pieces are being smuggled abroad every year.’

For his part, lawyer Mohammed Nassar said that many countries have linked the theft of antiquities with treason; however, in Palestine there are not enough laws to deter criminal activities of antiquities dealers and smugglers.