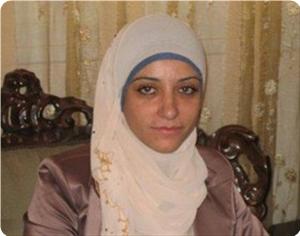 Late Thursday, Israeli forces raided the town of al-Isawiya , in east Jerusalem, and abducted several members of the family of former political prisoner and 266-day hunger striker Samer al-Issawi, including his sister, the prominent Palestinian human rights lawyer Shireen al-Issawi.Local sources report that armed Israeli soldiers in military vehicles arrived at the Elia Association for Youth in East Jerusalem on Thursday afternoon and rushed into the center pointing their guns at students and forcing out of their classrooms.

The soldiers demanded that the students hand over their identity cards. They then damaged equipment in the center and confiscated four computers before detaining Shadi al-Issawi, a family member of the former political prisoner Samer al-Issawi.

The troops then went to the homes of Samer al-Issawi’s father, Abu Rafat, and his brother Medhat. They abducted Samer’s sister and lawyer Shireen al-Issawi, and also damaged property and confiscated computers from the family’s residences.

The two family members (Shadi and Shireen) were later released with orders to return to the Israeli military base for an interrogation by the Israeli intelligence forces known as the ‘Shabak’.

This is not the first time that lawyer Shireen al-Isawihas been taken into custody by Israeli forces. During her brother’s imprisonment and extended hunger strike last year, Shireen al-Isawiwas held for over two weeks by Israeli troops before being released without charges.

Following the detention of the members of the al-Isawifamily, clashes broke out on al-Madares street, with youth throwing stones at the heavily armed Israeli troops, and two youth were detained by Israeli troops.

One of the two youth taken from the street was identified as Ammar Adaweya.