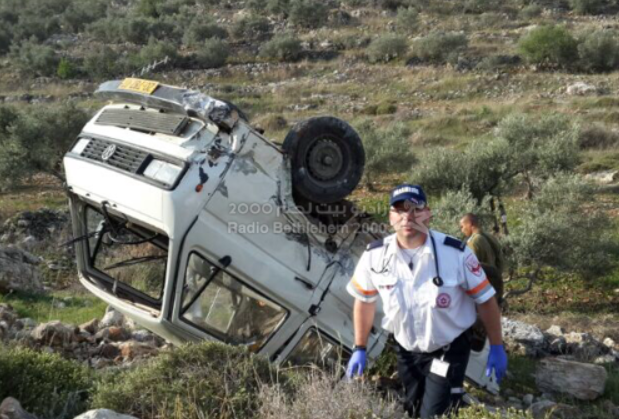 [Tuesday, March 11, 2014] Israeli soldiers shot and killed a young Palestinian man from Atteel village, northwest of Tulkarem in the northern part of the occupied West Bank. The Palestinian is the third to be killed by the army in less than 24 hours.Medical sources said Fida’ Mohyeeddeen Majadla, 23, was killed after Israeli soldiers opened fire on his car at the al-Kafriyyat roadblock, south of Tulkarem.

The sources added that Majadla was shot in the chest and head with live rounds fired by the soldiers, and died instantly.

Another resident, identified as Ibrahim Adnan Shokry, was shot and wounded in the attack. Soldiers then closed the roadblock and held the body of Majadla, eyewitnesses said.

Several Israeli military vehicles arrived at the roadblock, and prevented a Palestinian ambulance from crossing to retrieve the body of the slain Palestinian.

The slain Palestinian has been identified as Raed Ala’ Ed-Deen Z’eitar, 38, from the northern West Bank city of Nablus. He is also a Jordanian citizen.