Israel to Confiscate Lands in Salfit 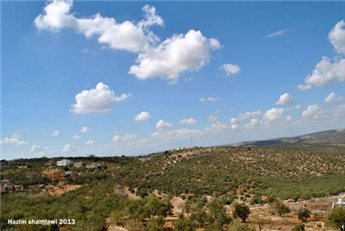 The Israeli civil administration delivered a notice to a Palestinian village in the central West Bank, declaring plans to confiscate parts of the village’s land, a local council said in a statement, on Saturday.Ma’an reports that the village council of the town of Haris, in the Salfit district, said that they had received a notice from the Israeli government, informing them that it would confiscate 100 dunams (25 acres) of the village’s private land.

The land, to be taken from northwestern Haris, will be used to expand the illegal Israeli settlement of Revava, according to the statement.

The statement urged landowners in the village to prepare ownership documents for a lawyer who will file an objection against the Israeli decision.

The Revava settlement is one of 23 settlements in the Salfit district. It was built in 1991, when Israel confiscated land from farmers in Deir Istiya.

More than 500,000 Israelis live in settlements across the West Bank and East Jerusalem, in direct contravention of international law.