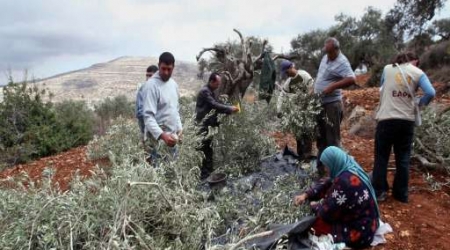 He explained that the trees were located in the area of Al-Bayada, owned by the family of haj Mohammed.

Since 1967, approximately 800,000 olive trees have been uprooted in the occupied West Bank, according to a joint report by the Palestinian Authority and the Applied Research Institute – Jerusalem.