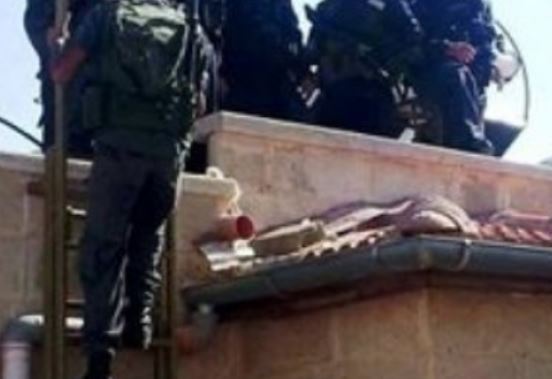 The sources said that Mahmoud Abed Ibrahim, 21, and Ahmad Khaled Tannouh, 19, were kidnapped while herding their sheep, close to the illegal Nokadim Israeli settlement.

The two were at home when kidnapped; the army violently searched their property, causing excessive damage.

Soldiers also invaded the al-Yamoun town, west of the northern West Bank city of Jenin, breaking into an under construction home before using its rooftop as a monitoring tower.

The property belongs to resident Fares Freihat; dozens of soldiers were also deployed in different parts of the town.

In related news, soldiers invaded Methalon village, south of Jenin, serving resident Abdul-Salam Najm, 21, with a military warrant ordering him to head to the Salem military base for interrogation.

In Hebron, in the southern part of the West Bank, settlers of the illegitimate Ma’on settlement, east of Yatta town, invaded Palestinian farmlands, uprooted crops and fed them to their sheep.

Local sources said that the attacked farmlands, of approximately 25 dunams, belong to members of the Reb’ey family.

In the Gaza Strip, Israeli navy boats opened fire at Palestinian fishing boats, docked at the Gaza coast, and at a number of homes in the area, causing damage but no injuries.

On Wednesday, four fishermen were injured by a shell fired from an Israeli navy boat, which also fired several rounds of live ammunition at a number of homes close to the shore.