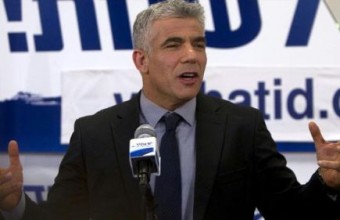 Israeli finance minister and chairman of the Yesh Atid Party, Yair Lapid, has stated to the Wall Street Journal that there is a chance for Israel to potentially conduct talks with Hamas if the group ‘renounces terror’ and ‘recognizes Israel’.He added that this is not the first time something of this natures has happened, and used the PLO as an example in that “it used to be a terror organization”, but has since renounced the use of violence and recognizes the state of Israel.

In March of 2006, Hamas released its official legislative program, which clearly indicated that Hamas was willing to refer the issue of Israeli recognition to a national referendum. Under the heading ‘Recognition of Israel’, it stated: ‘The question of recognizing Israel is not the jurisdiction of one faction, nor the government, but a decision for the Palestinian people.’

The same year, following the Gaza election, the leader of Hamas sent a letter addressed to former US President George W. Bush, in which he declared that Hamas would accept a state on the 1967 borders, including a truce.

The Bush administration failed to reply.

In July of 2009, Hamas’s political bureau chief, Khaled Meshal, stated that Hamas’ willingness to cooperate with a resolution to the conflict included a Palestinian state based on those 1967 borders, and provision that Palestinian refugees be given the right to return to Israel and that East Jerusalem be recognized as the new state’s capital.

By 2010, the UN had officially recognized nearly 5 million Palestinians as refugees.

Despite Israel’s continued cry of ‘security concerns’ to both Western officials and lobby-targeted taxpayers who fund the Israeli occupation with tens of billions of dollars, sterling pounds and highly advanced weapons and defense systems, each and every year, in addition to the billions in church donations, the Izz ad-Din al-Qassam Brigades, of Hamas notoriety, has operated mostly in small cells and relied mostly on homemade weapons, in their resistance to the illegal Israeli occupation.

Palestinian rocket and mortar attacks on Israel from the Gaza Strip have occurred since 2001, killing a a small number of people, mostly civilians, and injuring hundreds.

However, in this year alone, the current Israeli regime is responsible for the death of 18 Gaza Palestinians and the injuries of over 100.

Default Hamas projectiles are not equipped with guidance systems and are tipped with only a relatively tiny warhead, if any at all.

And, though outbreaks of serious violence do erupt from the Palestinian side, they are usually in response to Israeli violations and incitements against the Palestinian people and their property, with the majority of Palestinian child detainees being held on charges of throwing stones.

(Each year, around 500-700 Palestinian children, some as young as 12, are arrested, detained and prosecuted in the Israeli military detention system.)

Following the recent truce between Fatah and Hamas, the EU issued a statement in support of the reconciliation. However, Israeli Prime Minister Benjamin Netanyahu declared that Israel would not deal with a Palestinian government backed by Hamas.

He said that said both he and US Secretary of State John Kerry were “absolutely stupefied” that Palestinan Authority (PA) President Mahmoud Abbas embraced the organization.

The Hamas party operates primarily out of the Gaza Strip and the PA has no official army, navy or air force to speak of.

However, Lapid’s statements reflect a more open position to negotiations than that of other members of the Israeli government’s coalition, like Netanyahu or Naftali Bennett. 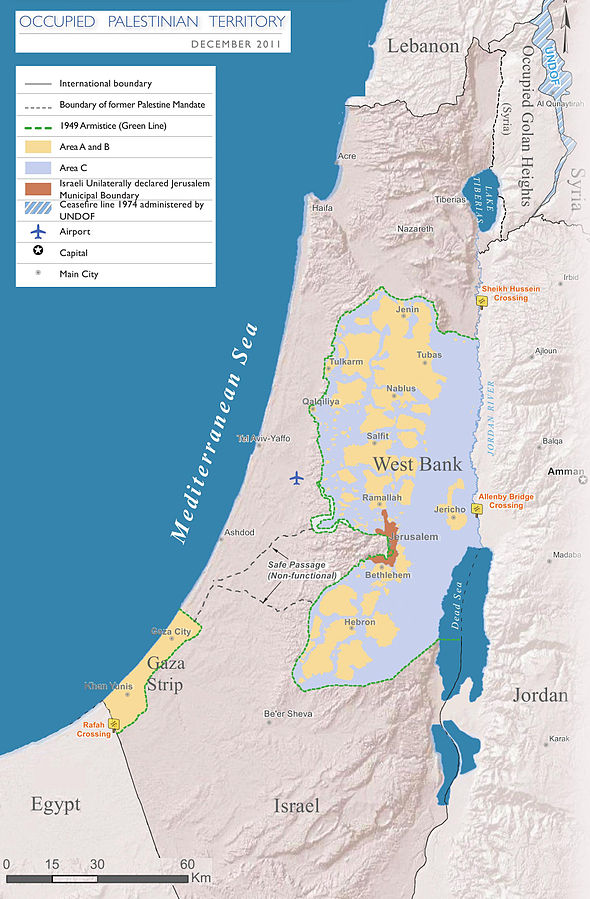