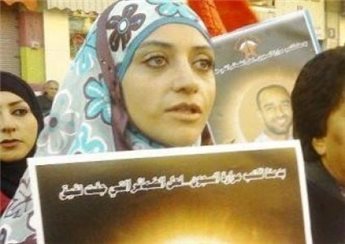 East Jerusalem lawyer Shireen Isawihas announced to family members that she will begin an open-ended hunger strike in protest of her detention by Israel, according to Issawi’s relatives.Shireen was abducted on March 6, during an arrest raid by Israeli forces. Courts have continued to extend her detention since the arrest, arguing that they need more time to listen to the prosecution’s case.

Relatives visited her on Sunday, Ma’an reports, highlighting that two other lawyers detained on the same day have since been released on bail.

It is unclear on what charges she is being held.

Isawiwent on hunger strike for four days, last week, in solidarity with administrative detainees, Ma’an further reported. It was not specified when she would begin her strike.

Shireen is the sister of Samer Issawi, iconic prisoners’ movement leader who was released from jail in December, as part of an agreement in which he ended a 266-day hunger strike. During this time he became an international hero, focusing attention on the sufferings of thousands of Palestinian prisoners in Israeli prisons.

See IMEMC Special Report: “800,000 Palestinians Imprisoned By Israel Since 1967”, via link below.