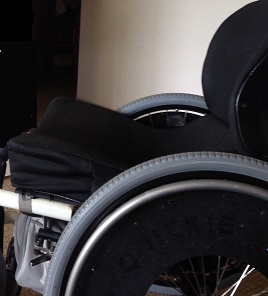 [Thursday Evening, May 22, 2014] Israeli soldiers violently attacked and kidnapped a disabled Palestinian man, in the southern West Bank city of Hebron, after forcing him into their jeep, and threw his wheelchair away.Amjad Najjar, head of the Hebron branch of the Palestinian Prisoners Society (PPS), stated undercover soldiers of the Israeli military kidnapped Kamal Khairy ‘Aabdeen, 40 years of age, and took him to an unknown destination.

Najjar added that ‘Aabdeen is paralyzed, cannot move without his wheelchair, and that the soldiers left his wheelchair in the middle of the street in Ras al-Jouza area, in Hebron.

‘Aabdeen was shot in his spine during the Ibhrahimi Mosque massacre in Hebron.

The massacre took place on February 25, 1994, when an American-born fanatic Israeli settler, identified as Baruch Goldstein, stormed Hebron’s Ibrahimi Mosque and opened fire, killing 29 worshipers and injuring 125, many of the wounded became disabled.