Demands Israel Has Accepted, And Rejected 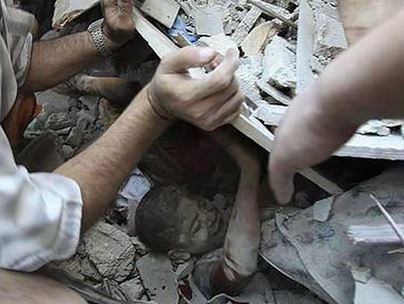 The following is a list of Palestinian demands presented to Israel by the Palestinian resistance in Gaza, during indirect talks held in Egypt between Israeli and Palestinians teams, as published by al-Watan News: 1. Israel totally rejects establishing either a Seaport or an Airport in the Gaza Strip.

2. Totally rejects the release of all detainees who were released under the Shalit Prisoner Swap Deal, and rearrested by Israel.

5. Agrees to consider the Rafah Border Terminal as an Egyptian-Palestinian issue.

6. Agrees to release the fourth phase of veteran detainees “as a goodwill gesture toward president Mahmoud Abbas.”

8. Agrees to allow the transfer of money for paying salaries in the Gaza Strip.

10. Agrees to the entry of construction equipment, but only under international supervision.

When the came to an end the resistance fired a missile into the Nahal ‘Oz military base, across the border and the army bombarded several areas in the Gaza Strip.

Armed groups also fired shells into Asqalan (Ashkelon) and a number of areas.

|Related: Al-Qassam: “No Ceasefire Without Adhering To Our Legitimate Demands”

Al-Qassam: “No Ceasefire Without Adhering To Our Legitimate Demands”