Ministry of Health: “2145 Palestinians, Including 578 Children, Killed In Israel’s Aggression” 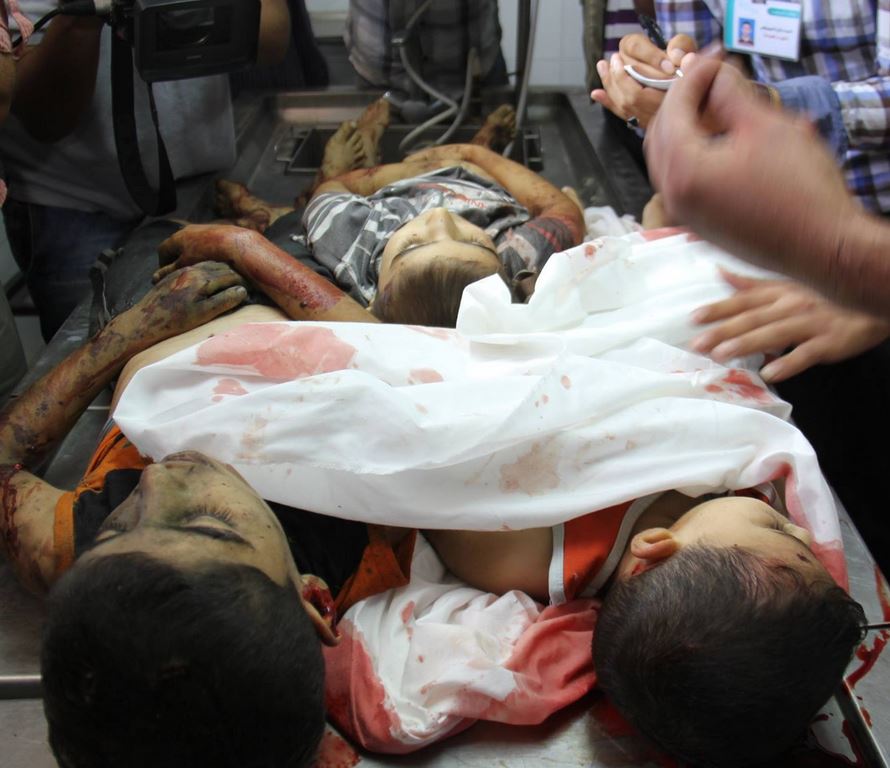 The Palestinian Ministry of Health in Gaza issued a report stating that Israeli missiles and shells, fired against the Palestinian population of Gaza since July 8, led to the death of 2145 Palestinians, including 578 children, 263 women, and 102 elderly.It said around 11100, including 3374 children, 2088 women and 410 elderly, have been injured.

The majority of Palestinians killed and injured by Israeli missiles and shells are civilians, including infants, children, teenagers, women and elderly, in addition to rescue operators, medics and journalists.

It added that Israeli missiles and shells have killed 23 medical workers, while 83 others have been injured.

In addition, Israeli missiles targeted 190 mosques in different parts of the Gaza Strip, flattening and destroying 70 mosques, while 120 sustained partial damage, the Ministry of Waqf and Religious Affairs said.

The Israeli army also fired missiles into 143 schools, including UNRWA-run schools, destroying 24 of them, the Ministry of Education said.

Dozens of residents have been killed and injured, during Israeli bombardment of schools where the residents sought shelter.

Around 500.000 Palestinians had to leave their homes, mostly because they were bombarded; many sought shelter in homes of relatives, in areas of lesser bombardment in the Gaza Strip, and more than 200.000 of them sought shelter in UNRWA and governmental schools.

See: Names of Palestinians Killed in the War on Gaza since 8 July