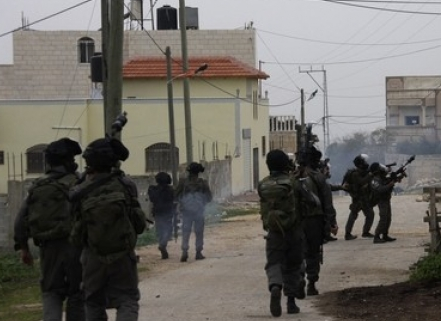 The two have been identified as ‘Aws and Ahmad Majed Thawabta.

The soldiers took the two to the Etzion base after violently assaulting them; eyewitnesses said the two were playing near the Annexation Wall when the soldiers attacked them, striking them on the head and other parts of their bodies.