War on Independent Media by “Security Agencies” and Corporations Continues 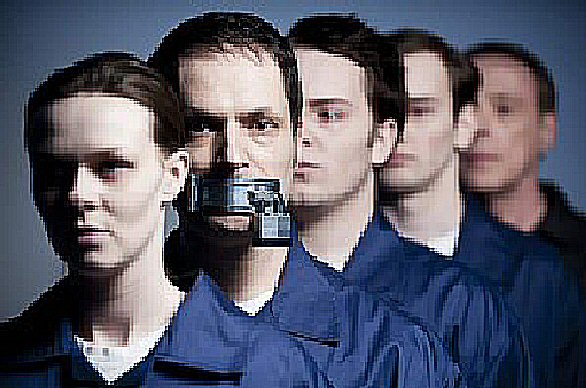 The unprecedented harassment of independent media and journalists continues as the International Middle East Media Center (IMEMC) has been targeted by a DOS attack. The independent news agency’s website was taken down, two days after the publication of an article that documented the unprecedented harassment. Rather than offering help, the news agency’s web hosting company, Blue Host, forced IMEMC to “move somewhere else”. Blue Host uses the same “security” partner SiteLock, which also was implicated in previous incidents.

October 12 the website of the International Middle East Media Center went off-line. IMEMC reported to nsnbc that the website had increasingly been attacked since the eruption of the conflict between Palestinian factions, primarily Hamas, and Israel in Gaza earlier this year.

The news agency informed nsnbc that the website succumbed to a massive Denial of Service (DOS) attack, on October 12. In an e-mail to nsnbc, one of IMEMC’s regular contributors and member of the editorial board reported that the news agency’s web host, Blue Host, did not provide any assistance in countering the DOS attack. Instead of helping, they forced IMEMC to move the website to another company and took it down, wrote the IMEMC editorial board member in an e-mail to nsnbc.

The attack and the response by Blue Host, as reported by IMEMC, happened only two days after the publication of the article entitled “Censorship Alert: the Alternative Media Getting Harassed by the NSA” which was published in New Eastern Outlook and nsnbc, and written by nsnbc editor-in-chief Christof Lehmann.

The article particularly mentioned IMEMC as potential victim of attacks. The article documents the incestuous relationship between the U.S. National Security Agency and major corporations, including Google, Microsoft, Apple, their partners, subsidiaries, as well as companies whose economic survival is dependent on a partnership or cooperation with them.

IMEMC’s now previous web host, Blue Host, is one of the many corporate partners of SiteLock. October 6, SiteLock wrote to nsnbc stating that there was a serious malware threat that had to be taken care of within 72 hours. If the problem wasn’t solved, SiteLock stressed, nsnbc would risk having the newspaper’s website flagged in Google’s Safe Browsing List as containing malware and its web host, who also is a SiteLock partner, to take down the website. nsnbc conducted a security scan with the newspaper’s own software and discovered that six articles by the independent French media Voltairenet had been flagged as containing malware.

So what’s the real threat? All articles documented illegal U.S. involvement in the Middle East and Ukraine. Another article that was flagged was the article “Palestine Israel History and Theirstory”, which documented the systematic dehumanization of Palestinians by Hollywood and the fact that the Zionist policy against Palestinians, in large parts, is identical to the racist and supremacist ideology of the German Nazi Party during the 1930s-40s.

The article was originally published in nsnbc and has been republished as a four-part series by IMEMC. The author and nsnbc editor stressed in the earlier mentioned article about the recent wave of harassment of independent media and journalists, that any media which had republished the article, like IMEMC, knowingly or unknowingly risked to also be targeted.

The article had been flagged as containing malware because it contained a link to the pamphlet “Der Ewige Jude” so as to document that the vilification of Jews by the German Nazi party and the vilification of Palestinians by Zionists both are based on the same racist, supremacist ideology.

Another article that was flagged as containing malware was the article entitled ”America’s Nazis in Kiev: ”Russians are Subhuman”. The article documents that the U.S.-backed post coup Prime Minister of Ukraine, Arseny Yatzenyuk is using the same blueprint for the vilification of ethnic Russian Ukrainians as the German Nazi Party did. The article contains a link to the racist, supremacist Nazi pamphlet “Der Untermensch” which translates into The Sub-Human.

”My name is Hugh, with SiteLock. I recently left you a message regarding the status of your web domain, nsnbc.me During a recent SiteLock security scan of your website, malware was detected that could jeopardize the safety of your website and your data. I wanted to reach out before Google blacklist the site or before your Hosting provider pulls the site down for being infected. …. Please contact me immediately at 602-753-3929, so that I can help you secure your website as soon as possible”.

nsnbc has yet to clarify whether IMEMC received similar or identical malware and other “security alerts” from SiteLock, and whether SiteLock was involved in the failure to provide any form of assistance to IMEMC. The team at IMEMC is, understandably, extremely busy for the time being, but we will try to follow-up on their problem with IMEMC director George N. Rishmawi.

What is certain at this point in time is: That SiteLock is a partner of BlueHost and that a SiteLock subscription is a standard feature of BlueHost’s web hosting services; That Blue Host, according to IMEMC, failed to provide any support and instead asked IMEMC to go somewhere else. IMEMC director, George N. Rishmawi wrote about the incident on his Facebook page:

The IMEMC News, the media project of the Palestinian Centre for Rapprochement between People, under attack.

Dear Friends and supporters, … (imemc.org) has been under constant attack by hackers for the past few years. These attacks intensified during the war on Gaza because of our intensive coverage of this war. During the months of July and August, IMEMC had over 400 thousand visitors. Unfortunately, the hackers managed do disturb IMEMC’s website this week with series of sever Denial of Service Attacks (DOS attacks). Our host, bluehost.com decided they will not help us and we are forced to move our site from their servers, although we pay them hosting fees. … So, unfortunately, IMEMC.ORG is currently offline, but will be ONLINE again SOON. Regardless of these attacks and being abandoned by our host, we are determined to continue this important work, of providing honest reporting from Palestine. … For now, we are publishing the news on our Facebook page Imemc News. Please keep an eye on this page and keep IMEMC News in your thoughts. … Thanks

Facebook restriction note after sharing nsa article screen capture minus friends
Click to enlarge: It took Facebook no longer than 25 minutes to restrict the nsnbc editor’s account after publication of an article that documented the harassment of independent journalists and media, also by Facebook.

It is noteworthy, that Facebook, about 25 minutes after nsnbc posted the article about the NSA / Corporate harassment of independent media and journalists, responded by “restricting” the account of nsnbc editor-in-chief Christof Lehmann, to prevent the posting of articles in groups and even commenting in groups.

The fact that “someone” appears to find it necessary to increase the harassment and censorship of independent media to unprecedented levels suggests that independent media are having a greater impact on the population than “someone” finds tolerable.

Monday’s recognition of Palestine by the Parliament of the UK, with over half of the MPs not participating in the vote, would not have been possible had it not been for independent media and journalists. Independent media have caused a slide in the UK’s information landscape that forced mainstream media like the BBC, the guardian, and other to follow suit with regard to the disproportional, illegal and indiscriminate bombardment of the Gaza Strip.

Independent media are apparently beginning to force mainstream media to follow suit to conduct damage control with regard to their not undeserved reputation as propaganda instruments. It is unlikely that a vote in favor of the UK’s recognition of Palestine would have been possible without the landslide change in opinion about the Israeli – Palestinian discourse, caused by the independent media. Both the targeting and the yes vote are victories for independent media.

That is, to raise awareness about the fact that no independent media can conduct quality, investigative journalism and deliver it free of charge, unless those who can afford it chip in and donate at least the amount it would cost them to buy one single print newspaper per month, to those media which they use regularly or subscribe to.

Many media have been targeted because a media company like MadAdsMedia, which is heavily dependent on business with Google, added ads which contained, or allegedly contained malware. Infowars, the Drudge Report and nsnbc are among the many who also were targeted that way. Others, like Voltairenet, nsnbc and many others are threatened with being flagged as containing malware by Google’s Safe Browsing List.

Being flagged can, potentially, result in the removal or at least the downgrading of a media website in search engines. Being flagged, shut down or downgraded can have devastating economic consequences for struggling independent journalists and media. Especially good, investigative journalism is extremely costly and good, neutral and ethical web hosting services are not inexpensive either.

The shut-down of the IMEMC website, from one day to the other, is yet one more example for, that independent media remain vulnerable and suggests that independents could discuss strategies to strengthen their position. It appears the independent media have assumed a position where they, occasionally, can bring about landslide changes in opinion. – What is required is that the growing numbers of those who discover independent media as alternative to the major media which are rapidly losing credibility realize, that it is necessary that they chip in and use the donate button to keep their media on-line.

Dr. Christof Lehmann is the founder and editor of nsnbc. He is a psychologist and independent political consultant on conflict and conflict resolution and a wide range of other political issues. His work with traumatized victims of conflict has led him to also pursue the work as political consultant. He is a lifelong activist for peace and justice, human rights, Palestinians rights to self-determination in Palestine, and he is working on the establishment of international institutions for the prosecution of all war crimes, also those committed by privileged nations. On 28 August 2011 he started his blog nsnbc, appalled by misrepresentations of the aggression against Libya and Syria. In March 2013 he turned nsnbc into a daily, independent, international on-line newspaper. He can be contacted at nsnbc international at nsnbc.wordpress@gmail.com