Seven, including A Child, Injured By Army Live Fire Near Ramallah 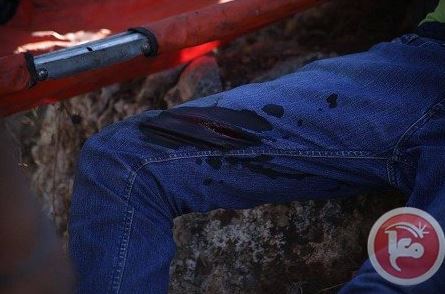 Medical sources have reported, on Friday evening, that six young Palestinians, and a 10-year-old child, were shot by live rounds, fired by Israeli soldiers during clashes near the ‘Ofer Israeli detention center, west of Ramallah.Local sources said hundreds of Palestinians peacefully marched to the area of the Ofer Israeli prison, built on Palestinian lands belonging to residents of Betunia town, west of Ramallah, before the soldiers opened fire.

The attack led to clashes, and the army fired dozens of live rounds, rubber-coated metal bullets, gas bombs and concussion grenades, wounding the six residents, and the child, with live rounds, while many suffered the effects of tear gas inhalation.

Also on Friday, Israeli forces shot and killed a Palestinian teenager during clashes in the village of Silwad, near Ramallah, in the occupied West Bank. http://www.imemc.org/article/69500