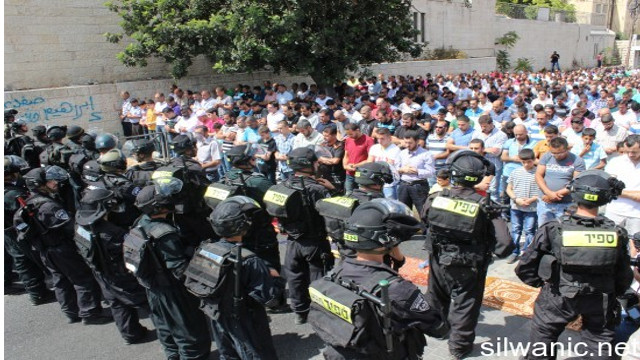 Once upon a time, the state of Israel had real political leaders. Their ability to lie and hide their true (and ugly) goals under a cover of moderation and readiness for compromise made them popular around the (Western) world. They argued that the real problem was the lack of partner on the other side, who would be ready – as the Israeli leaders supposedly were – to make ‘painful compromises’.

David Ben-Gurion was that kind of great leader-liar and due to his abilities to hide deeds behind a smokescreen of lies, was able to gain support of the international community for the establishment of the state of Israel. Teddy Kollek, mayor of Jerusalem in 1967, was able to annex East Jerusalem and still maintain the image of a moderate politician, motivated by the will to act for full equality between Jews and Arabs in the ‘united city’.

Israel’s present leadership has forgotten almost everything they should have learned from the founding fathers, including the ability to lie. They say openly that they are not interested in any kind of compromise, that they despise the very idea of equality between Jews and Arabs and that Judaisation of the West Bank, including Jerusalem, is their strategic objective.

Such a straightforward discourse makes Mahmoud Abbas’ extreme moderation a sad joke: he has no Israeli partner for any kind of compromise, and his appeals for a ‘return to peace negotiations’ are rightly perceived as pathetic. After years of wait and see, the Palestinian people have lost all trust in a political settlement between the PLO and Israel. The Palestinians believe in the acts of the Israeli government and not any longer in the empty promises of their president.

The Israeli far-right government has decided to burry Mahmoud Abbas under a series of provocations, mainly by building new settlements – not discretely, as the US administration is suggesting, but with vocal announcements. Moreover, they have decided to push the provocation even further by supporting Israeli right wing activists who raid the al Aqsa mosque, the most symbolic site note only for the Palestinian people, but for hundreds of millions of Muslims throughout the world.

The last provocations in al Aqsa may well have been one step too far: in the last few weeks, the Palestinian population of Jerusalem is in a state of revolt, and Jerusalem a city at war; a low intensity war, but a war. The Palestinians are demonstrating to defend their holy site, and ready to confront Israeli police brutality in order to stop the new Israeli aggression. Hundreds of armed policemen brutally attack young demonstrators, tear gas, helicopters permanently flying over the city – but every day Palestinian mobilisation is gaining more momentum.

A few months ago, I suggested that the next Intifada will be in Jerusalem: Netanyahu, Bennett and Jerusalem Mayor Barkat, are doing their best to fulfill this prediction.