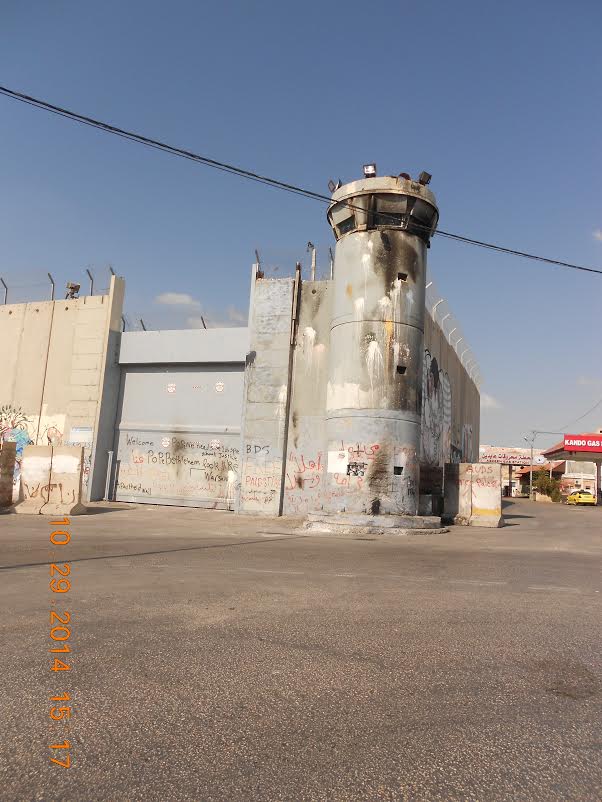 Fear is power: and Israel uses it aggressively to promote its goal of taking over the land. Itâ??s not new; long known were the essentials needed to create conflict: get God on your side, create a threat â?? usually imagined, and dehumanize the enemy.

By outsourcing fear, Israel controls the hearts and minds of Jewish populations throughout the world. Until the advent of Internet communication brought â??factsâ? into question, fear was Israelâ??s greatest weapon. It still is with slogans, lies, twisted and omitted facts feeding programs calculated to create mass deception.

Instilling fear in Jewish minds comes early in childhood and later, the entrenched idea that Arabs hate Jews is elevated so that it becomes a â??factâ? believed without question and with no evidence.

Accepting this belief leads to conviction that Palestinians are a threat to Jews. Reinforced at home and school, visions of impending annihilation by â??demonsâ? they are kept from knowing, myth becomes threat leading to a need for protection and security by force.

Stories of the Jewish Holocaust and pogroms targeting a blameless Jewish people keep the past alive lending credence for defensive action. Convinced that enemies are all around, in a turntable shift, victims become victimizers who turn to aggression and force in the attempt to keep the â??wolf from the doorâ?.

Biblical text laying claim to God given lands granted exclusively to Jews in search of a homeland is used to justify taking land and the brutal defense of Israel today. Ironically, by twist of reason, it becomes a self-fulfilling prophecy: the victim becomes architect of his own demise as claims of specialty foster resentment and invite prejudice.

The history of the Jewish people and their interminable suffering are heartfelt; but continued relentless cries of â??never again,â? and accusations of â??anti-Semitism,â? wear thin when the rights of others to a life free of suffering, deprivation and abuse are shadowed by the rights of a single group of people.

Slogans passed down and dredged up on call with the slightest provocation – the Jewish Holocaust,â? trumpet loudly during times of stress, or when an accusation or threat is perceived. The recent siege on Gaza elicited world condemnation and criticism. Still, argument of self-defense failed to erase the reality of the carnage unleashed on a civilian population with nowhere to run.

In 1993-95, as part of the Oslo Accords, the Palestine Liberation Organization recognized the state of Israel. But today countless Jews believe the goal of Arabs is to annihilate Israel. Believing Arab-Jew hatred has always persisted negates the fact that Arabs â??Christian, Muslim and Jew- lived together on a land called Palestine before it was Israel.

Israelâ??s busloads of tourists stream along streets in Jerusalem and Bethlehem heading for churches and historical sites while avoiding walls and easing through checkpoints.

Peaceful Palestinian demonstrations decrying injustice are met with military force against unarmed protesters. Tear gas, rubber and live bullets and arrests are Israelâ??s answer to the right of the occupied to resist.

Western media are silent and media inside the West Bank have been subjected to cyber attacks and forced off line making reportage from inside the occupied territories difficult.

Journalists and peace activists, viewed as troublemakers, encounter harsh interrogation when coming to Israel and some are refused entry with no explanation, raising questions that get no answers. Is it for security? Or is fear of truth that can only be found by experiencing Palestine first hand. But influenced by negative propaganda, many prefer not to take the â??riskâ?.

Touching a Jewish nerve with reminders of Israelâ??s attacks on its neighbors draws immediate emotional reaction, causes discomfort and snappy simplistic rebuttals: the Holocaust, Iranâ??s [perceived] threat of a nuclear bomb; and ultimately, scripture from the Bible as â??proofâ? of God-given land for Jews.

Often followed by silent refusal to pursue discussion, a Jewish member of â??Women in Blackâ? describes relatives in America as â??PEPs, saying it stands for Progressive Except for Palestine. Is silence shame? Or is it inner conflict between basic moral teachings and what Jews have been led to believe?

The instinctive reaction reflects the depth of emotional entrenchment, ends rational discussion and brings the â??guiltyâ? to heel with apologies and retractions.

Politicians and mainstream media take cautionary care to avoid inflammatory words. Apartheid and occupation, are â??cutsâ? that open to raw wounds eliciting cries of â??anti-Semitismâ? from sensitive Jewish leaders ready to recite a retinue of history to impose guilt. Wrenching demands for retraction and apologies by the perpetrators quickly follow.

The comment in April by Secretary of State John Kerry drew harsh criticism for mentioning ‘apartheid’ to describe the ongoing conflict, causing his sheepish explanation and reluctant retraction. Media focused on the dramatic reaction and put aside the real issues â?? human rights and just solutions.

Dredging up the past, fixing an eye on Israelâ??s security and playing on words, neatly avoid problem solving by making it unapproachable.

To Israeli Jews, security is the prime consideration and the past is never forgotten; thus fear of new attacks, though ended, did not stop â??securityâ? wall expansion that began in 2000 before bombings, and continue unabated today.

Keeping people apart assures control. Forbidden by law for Israelis to enter the West Bank, and for Palestinians to cross at will into Israel guarantees separation, thus reinforcing fear.

The unapproachable remain unknown and regarded as dangerous. Walls, checkpoints and soldiers enhance fear and promote prejudice, while biased press use selective incidents as tools to entrench the collective fears of the group.

Prisons and changing regulations are designed to curtail resistance and promote threats, real or imagined; but it no longer works. Social media open interactions that leap over walls and circle around them.

Closing access to sites like those in Bethlehem, while occasionally allowing a limited number of Palestinians into Israel, translates as a weak gesture to invite Palestinians to spend money in Israel and seen as a sign of desperation.

Social media challenges Israelâ??s attempt to control information. The persistent nonviolent demonstrations in villages and towns in the occupied territories garner international attention, sympathy and increased participation by Israeli Jews and people from around the world to stand with Palestinians in their struggle to save their land, end occupation and place human rights as the first priority.

When Israel assassinated eight fighters, armed groups in Gaza responded with missiles. Israelâ??s disproportionate strike on Gaza the next day launched global condemnation as images of women, children, the old â?? bloodied and burned stripped the myth of Palestinians as â??demonsâ? to reveal humanity.

Claims of â??defenseâ? focused on rockets that fell mainly onto Israeliâ??s desert sands and of missiles â??aimedâ? at Israeli cities did not dismiss the reckless, unspeakable human toll of Israelâ??s extreme reaction. Even the staunch US ally raised an eyebrow at Israelâ??s lowest blow and finds the American people weary of paying the steep price (over $3.2 billion/year) for Israelâ??s â??securityâ?.

But it is fear imposed on the Jewish population inside Israel and fear aggressively promoted in the US and Europe, which impede peace and destroy relationships among ordinary people of all ethnicities who hunger for an end to hatred and crave peace.

Fear has the greatest impact when the enemy remains unknown.

Working on the imagination to conjure the worst scenario of a perceived enemy, thought relinquishes control to leaders who promise security against the unknown. Apathy and faith substitute for reason; and belief that force will alleviate fear is like fighting fog.

Yet, a repetitive drumbeat reminds of suicide bombers, reinforcing fear and raising cries of â??never againâ? by keeping tight reign on Palestinians and supporters likely to reveal truth and undermine another doomed to fail attempt at a leader negotiated peace process.

Force equated with security and a well-oiled propaganda machine are ammunition designed to convince the fearful they are safe as long as gatekeeper leaders remain.

Propaganda based on emotion has little basis in reason. Slogans cling tenaciously like commercial jingles. â??A land without people for people without a landâ? remains to justify a homeland for Jewish people but dismisses the Nakba (catastrophe that killed and destroyed 530 Palestinian villages and made refugees of three quarter of a million Palestinians).

In a world left reeling from the aftermath of Nazism, guilt, and long planned Zionist pressure combined to create the state of Israel with little regard for the price paid by the indigenous population. In the midst of jubilation shared by the outside world, hardly a murmur was heard about the carnage heaped on Palestinians.

Today, Israelâ??s laws forbid funding to Israeli schools that teach about the Nakba, yet mandate that schools teach about the Jewish Holocaust as if the two tragedies were somehow unrelated; but systematic annihilation of any group of people is ethnic cleansing; numbers vary, but both are equally wrong.

For too long, the world has settled its conflicts with force, believing â??might makes rightâ?. Standing on the brink of nuclear threats, force no longer works. With a long history of nonviolent resistance, Palestine proves nonviolent persistence to be a powerful weapon.

Before the creation of Israel in 1948, Jews, Muslims and Christians lived together in a land called Palestine. Yet, in spite of coexistence, â??divide and conquerâ? became theme for division and the promotion of fear.

Propaganda and information control became the big guns and Israelâ??s biggest weapon; but today, as reality strips away Israelâ??s mask of deception, fear is revealed as humanity with another name â?? Palestinian.

In a world that listens to a higher power, the cry of justice for all resounds throughout the universe. No longer is it tenable to look back in order to justify aggression.

Weary of the longest occupation in history, one burning question remains, â??How will it end?â? One Palestinian said, â??We are all human; we can live together, we must for the sake of all.â?

When people agree to work together and take charge of their own destiny, the mask of deception will drop revealing truth and peace will follow.