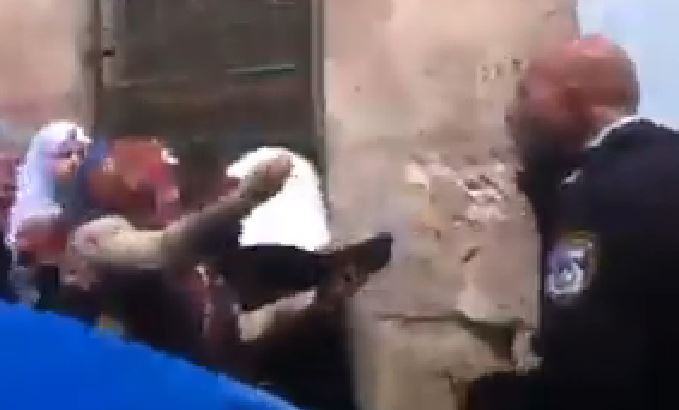 Israeli soldiers kidnapped, on Monday afternoon, a young Palestinian man and a woman, during nonviolent protests near the al-Aqsa Mosque, in occupied East Jerusalem. The army and police violently assaulted the protesters who were demanding to enter the Al-Aqsa Mosque.Local sources said dozens of women marched from Bab Hatta area, and headed towards Bab as-Silsila, to protest the army’s denial of the entry of women into the Al-Aqsa Mosque, for the tenth consecutive day.

The sources said that the women gathered near Bab Hatta, one of the gates of the al-Aqsa Mosque, and peacefully marched towards Bab as-Silsila before the soldiers and police officers assaulted them, and kidnapped one woman identified as Heba at-Tawil.

Soldiers also attacked another protest, held by Palestinian men near the Bab as-Silsila, and kidnapped a young man, identified as Akram Ash-Shurafa.

In addition, the Police attacked a number of women while trying to prevent them from kidnapping an elderly man identified as Abu Ali Shawahna, who was also assaulted and wounded by the police.

Earlier on Monday, a small group of Israeli fanatics invaded the yards of the Al-Aqsa Mosque through the al-Magharba Gate, accompanied by dozens of soldiers, and conducted provocative acts.

In addition, soldiers kidnapped three children in Jerusalem, and five Palestinians, including a child, in the West Bank city of Bethlehem. http://www.imemc.org/article/69738 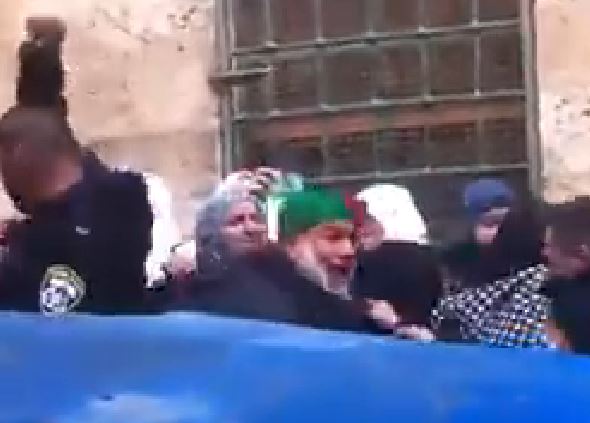