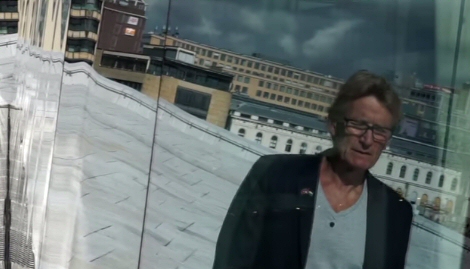 Israel has blocked Dr. Mads Gilbert from entering the country and, thereby, accessing the Gaza Strip but denied, Monday, that it had imposed a lifelong ban on the medic.’He has been banned from entering Israel,’ Foreign Ministry spokesman Paul Hirschson told AFP, categorically denying reports that Gilbert had been blocked from entering Gaza.

Access to Gaza, under an Israeli blockade since 2006, is possible only through the Erez crossing, from Israel, or via the Rafah terminal at the Egyptian border.

However, Ma’an reports, Rafah has been blocked by Cairo since a deadly suicide bombing in northern Sinai on October 24, leaving Erez as the only point of entry to the Palestinian territory.