Where is Humanity? Post-war Life in Gaza 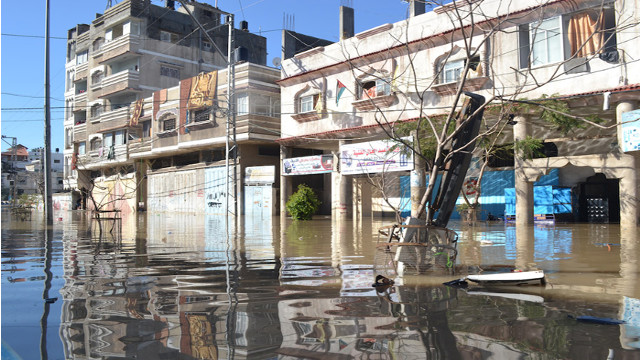 “I am sorry for every human. What is happening in Gaza represents a tremendous dehumanisation for every human in the world,” Heba Al Hayek, a student of English Literature at the Islamic University of Gaza and Social Media and Community Organiser for Aid Watch Palestine, responded simply as I struggled to grasp where humanity is after hearing her story.

The situation in Gaza today has reached a deep humanitarian crisis, and looks only to worsen with the coming winter.

A majority of the 1.8 million residents of Gaza are refugees who survived the ethnic cleansing of Palestine in 1948 and have remained steadfast in the face of Israel’s continued brutality. Heba, however describes Israel’s summer attack as “worse than the two previous wars put together and any other time in our life, it was a very brutal and savage war and people are now living in despair.”

The United Nations reports the cumulative death toll among Palestinians during Operation Protective Edge was at least 2,256, with over 11,000 injured. Over 20,000 tons of explosives were dropped on Gaza, four times that of Hiroshima, leaving not a single person unaffected. Khalil Shaheen, from the Palestine Centre for Human Rights, states that “the whole population was psychologically damaged.”

This is most evident in the situation of children, who are growing up in an environment ravaged by war and brutality. Heba describes how this can be seen in schools. “I don’t know who is going to help them. Teachers face the same thing, the same war, and they don’t have potential to help these children because they themselves need help. From age 6-18 they all need support and there is no support at all, either from family or school, because there is no way to do this, we are all under pressure. We have been destroyed physically and psychologically.”

UNRWA estimates that around 90,000 houses were damaged or destroyed in the latest attack. These families are now either living in temporary tents and caravans, or with relatives, whilst 30,073 internally displaced persons are still living in UNRWA schools. Khalil stated that “prior to the war there was a chronic housing crisis in Gaza, which has only been accelerated.”

“People are just searching for a bed and a warm house now, they are not looking for the freedom of Palestine; unfortunately they are looking for food and shelter. Walking down the streets in Gaza you find people just carrying their bags on their backs, which includes things for sleeping; they are always moving from place to place,” Heba describes.

With the winter coming housing is even more crucial as the wet weather and cold threaten to push Gaza even further into crisis. Heba portrays how “already after just two days of rain the streets of Gaza were completely flooded and we couldn’t reach our universities and work; the infrastructure is destroyed.” The destruction of the road networks and sewage system has left Gaza crippled in the face of winter, with streets, houses and schools flooded by the recent rain mixed with sewage water. Further to this with only six hours of electricity a day and a fuel shortage, people are wondering how they will survive the cold, which was so brutal last winter. With still no signs of reconstruction Gaza is looking to be sent even deeper into humanitarian crisis, though people cannot imagine a situation worse than today.

Both Khalil and Heba described life in Gaza as worse than in a prison. Khalil stated that “Even prisoners have rights in international law. We don’t even have fundamental rights to water, food security, healthcare and shelter; we don’t have human dignity.” Similarly Heba stated “There are no rights. There are rights in prison, but there are no rights here in Gaza. It is turning into a very dark place without any opportunities, for graduates, for those who need to work, for those who need money to live their daily life.”

With few opportunities in Gaza reconstruction is essential, but there are still no signs of development as Israel’s cries about security are prioritised over basic human needs. “Our last hope now is the reconstruction process for the people who really need it and it is like the worst situation on earth now. This is the end stage, there is no way for something worse than what we are living now. Without reconstruction there is nothing else to look for,” Hiba exclaims.