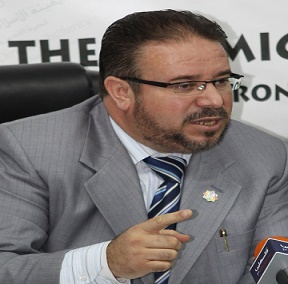 Dr. Hasan Ali Khater, head of the International Jerusalem Center, stated that the recent Israeli cabinet decisions regarding occupied Jerusalem are a declaring war on the Palestinians, and a green light to Israeli extremists to continue their assaults and violations.He said the decisions made by the cabinet would also lead to further escalation in Jerusalem and the West Bank, adding that he believes more clashes likely to take place on a larger scale.

Khater told Palestine Today online daily that the Israeli measures and violations, its reactions and collective punishment, including against the families of Ghassan Abu Jamal and Odai Abu Jamal, who carried out the Tuesday Yeshiva attack in Jerusalem, would just lead to escalating violence in every part of the country.

He added that deciding to provide more arms to the settlers is yet another green light encouraging them to conduct more crimes against the Palestinian people.

Following the death of five Israelis in Jerusalem, the Israeli cabinet decided to install various roadblocks in Palestinian neighborhoods in occupied East Jerusalem, to increase security measures, escalate the military searches of homes and communities, and to demolish the homes of the two Palestinians who carried out the attack.

Khater stated that the decisions are a continuation of Israel’s violations against the Palestinians, and the holy sites, in occupied Jerusalem, and the destruction of homes and property, in addition to imposing high taxes and fines on the Palestinians.

“The ongoing violations against Jerusalem, its people and its holy sites, the escalating arrests, the digging under the Al-Aqsa mosque and various other areas, and all racist policies pushed the Palestinian to resort to whatever available means to defend themselves,” he added, “This is all happening while Arab and Islamic countries, and the International community, remain silent.”

“The Palestinians are retaliating to the murder of their children on the hands of extremist Israeli settlers, and soldiers,” Khater said, “The world needs to understand injustice and tyranny must be countered by all available means.”

He also said that fanatic Israeli settlers are responsible for so many crimes; including the abduction and brutal murder to Mohammad Abu Khdeir, and the murder of Yousef Rammouni, the burning and defacing of holy sites, and that the Palestinian attacks are acts of retaliation to ongoing crimes.

Khater demanded all Palestinian factions to unite, protect Jerusalem, and its holy sites.

“Jerusalem must unite us, must push us for full national unity,” he said, “Jerusalem is the core of our struggle against the Zionist army.”