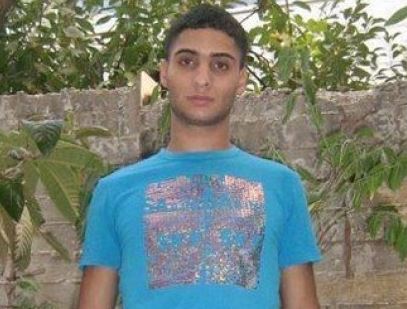 Israeli soldiers detonated, on Wednesday at dawn, the home of Abdul-Rahman Shalloudi in Silwan town, south of the Al-Aqsa Mosque, in occupied East Jerusalem.Israel claims Shalloudi, who was shot dead on October 23, deliberately rammed his car into Israeli waiting for the light rail.

An Israeli infant was killed in the incident, and seven other Israelis were wounded; while many reports indicated he might have lost control of his vehicle due to high speed and illness.

Shalloudi’s mother, Enas, told the Palestinian News & Info Agency WAFA that the soldiers invaded their home an hour after midnight, forced all families in the residential building out on their homes, and detonated the fourth floor where the Shalloudi family lived.

WAFA said five other families, not related to Shalloudi, live in the building; the families, including children and elderly, were all forced into the protest tent in the al-Bustan neighborhood, while the army detonated the fourth floor.

Enas added that the explosion caused damage to other apartments in the building, while the debris also damaged a number of cars, parked on the street near the building.

The soldiers earlier searched and ransacked all apartments in the building, causing excessive property damage.