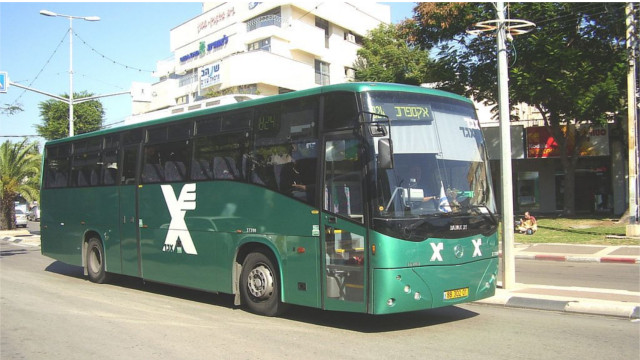 Disruptions to public transportation in Jerusalem are expected again Wednesday, as Palestinian drivers working for the Israeli bus company ‘Egged’ begin their second day of strike in protest of the death of fellow-driver Yousuf Hasan al-Ramouni.Although an Israeli autopsy report and police investigation concluded that the 32 year old father of two died of suicide, Palestinians claim he was murdered by Israelis.

Egged noted in a statement that “Following the sad death of an Egged driver who ended his life and committed suicide, there are disruptions in Jerusalem’s urban bus routes. These disruptions are caused by the absence of drivers…from East Jerusalem”.

Egged is bringing drivers to Jerusalem from other cities to minimise disruptions to service.

An anonymous medical expert told the Palestinian news agency Ma’an that al-Ramouni died of “hanging and strangulation” and that preliminary tests suggest he was victime of “an organised murder”. The victim’s brother, Osama al-Ramouni said the family did not accept the verdict of suicide, saying his body ‘had bruises on it,’ suggesting he had been ‘tortured’ before his death.

No notice concerning an end to the strike has been given.