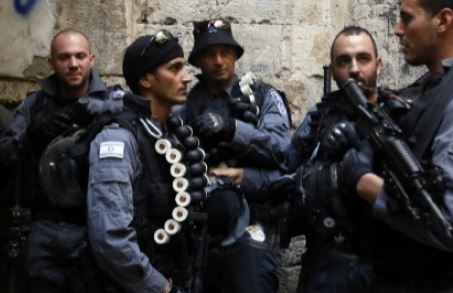 Israeli soldiers kidnapped, on Tuesday at dawn, fifteen Palestinians in different parts of the occupied West Bank, and occupied East Jerusalem, and moved them to a number of interrogation centers.Israeli military sources said the soldiers have kidnapped a “Hamas member” in Beit Leqia town, and another Palestinian in Deir Abu Mashal town, near the central West Bank city of Ramallah.

In addition, soldiers kidnapped Islam ‘Azzam an-Natsha, 20, after invading his home in ‘Anata town, in Jerusalem, and Siyam Mahmoud from the al-‘Isawiyya town, south of the Al-Aqsa Mosque, in Jerusalem. A third Palestinian, who remained unidentified until the time of this repot, has also been kidnapped in the al-‘Isawiyya.

In addition, soldiers kidnapped a Palestinian in Ethna town, west of Hebron in the southern part of the West Bank, and another Palestinian in Jericho city.

The army said all kidnapped Palestinians have been moved to a number of security centers for interrogation.

Also in Ethna, soldiers broke into and searched several homes, and interrogated dozens of residents while inspecting their ID cards.

The soldiers also closed the Iron Gate installed at the entrance of the al-Fawwar refugee camp, in Hebron, after alleging a settlement bus was attacked by a Molotov cocktail. The gate was closed at eight at night, Monday, and opened around 5 at dawn Tuesday. http://www.imemc.org/article/69658