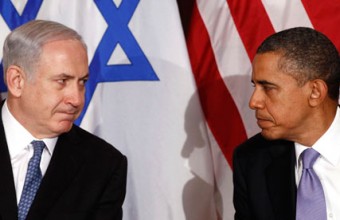 Israeli officials, on Tuesday, mocked US concerns about the controversial new ‘Jewish State’ bill that was issued on Sunday, with the cabinet set to vote on and approve it Wednesday, November 26, 2014. The bill was opposed by 7 ministers and approved by 15.

According to the PNN, PM Netanyahu is also planning to issue a new law which eliminates the Arab parliamentary MKs who support Palestinian resistance, as well as withdrawal of nationality from Palestinians living in Israeli-occupied lands, should they engage in resistance actions.

Israeli criticism of the United States’ stand on the new legislation was reportedly voiced through Israeli lawmaker Zeev Elkin, who rebuked U.S. spokeswoman Jen Psaki for a statement demanding Israel act democratically and just to all of its citizens.

Mr. Elkin’s response to her statements was that Israel does not need any advice, from across the sea, on how to handle its affairs.

The bill was opposed by Israeli ministers Tzipi Livni and Finance Minister Ya’ir Lapid, from the Yesh Atid party.

Palestinian PM Dr. Rami Hamdallah declared that the bill paves the way for more discriminatory laws, especially with the spread of extremism and racism in Israel, in addition to policies implemented by Israeli authorities against Palestinians, especially in Jerusalem. He is calling on international organizations to interfere by sanctioning Israel and make it adhere to international law and human rights conventions.

Strong denunciation of the Prime Minister’s crusade of incitement was voiced from within the cabinet, while showing support for the efforts of Palestinian president Mahmoud Abbas to prompt a Palestinian state recognition based on the 1967 borders, setting a just solution for Palestinian refugees according to UN Resolution 194, releasing all prisoners and setting East Jerusalem as the Palestinian capital.

‘I call on [Justice Minister Tzipi] Livni and [Finance Minister Yair] Lapid and their parties to join us in changing the face of the country,’ Herzog said during a Labor Party meeting on Monday, according to World Bulletin.

‘You can still repair the damage – leave the government as soon as possible,’ he added, saying additionally that Netanyahu had failed on the economic and security levels, and also in terms of the peace process with the Palestinians.