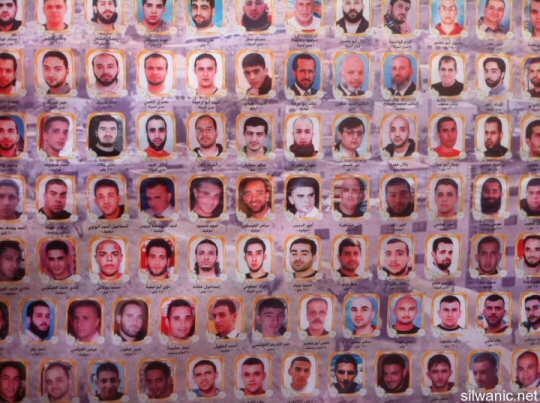 The Israeli Minister of Internal Security has decided to transfer 20-year-old Islam Izzat Natsheh, from Anata, to conditions of administrative detention (imprisonment without charge or trial) for 6 months, in response to the young man’s recent Facebook posts. Sadeq Ghaith, from Silwan, was also placed under similar orders.According to Wadi Hilweh Information Center, in Silwan, Amjad Abu Asab, head of an East Jerusalem committee for families of detainees, explained that the Internal Security Minister transferred Natsheh to administrative detention just four days after he was arrested from his house, in the village of Anata.

Natsheh was interrogated in Al-Maskobyeh for his posts on Facebook and with special regard to a prayer expressing his wish to obtain martyrdom, several days ago. According to Ma’an, Mr. Abu Asab said that Israeli interrogators accused him of planning a terror attack as a result of his post. Al-Natsheh, however, reportedly denied the charge, saying that the post represented ‘just a wish.’

After being unable to prosecute him, the Internal Security Minister decided to transfer him to administrative detention.

The minister issued a similar decision against one Sadeq Gheith, arrested with his brother Adnan, last Tuesday, following a raid on his house in Silwan. His brother is the Secretary-General of the Fateh Movement in Jerusalem, and remains imprisoned.

Ma’an further explains that ‘administrative detention’ refers to the tactic of keeping a prisoner without charge or trial for extended periods of time, often for reasons of ‘security’ concerns.

The tactic, dating back to the days of British Mandate Palestine, is routinely used on Palestinian prisoners by Israeli authorities, even though international law stipulates that it only be used in exceptional circumstances.

According to Israeli human rights groups B’tselem, in August of 2014, 473 Palestinians were being kept in administrative detention in Israeli prisons, down from a high of nearly 1,000 in 2002.

Furthermore, over 1,000 Palestinians from East Jerusalem have been arrested by Israeli forces since June, in one of the biggest campaigns of intimidation and incarceration the city has seen in modern history.