Resolution for Palestinian Statehood to be Presented at UN 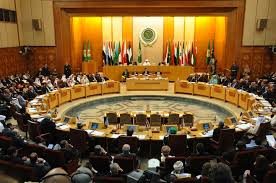 A timeframe for the creation of a Palestinian state has been set, as a draft resolution was approved by foreign ministers of the Arab League, this past Saturday. According to PNN correspondence, the draft resolution is to be formally presented to the United Nations Security Council for vote within a few days by the Arab League.

International support for the resolution will be sought by a follow-up committee which includes representation from Jordan, a member of the Security Council. Nabil al-Araby, chief of the Arab League, stated that Jordan will present the draft to the Security Council within days.

It is doubtful that a proposal for creation of a Palestinian state will get the support of veto-wielding members of the United States council, which is a key collaborator with Israel.

Last month, Jordan distributed a draft U.N. Security Council resolution to members, calling for an end to the Israeli occupation by November of 2016.

Statehood is sought by Palestinians in the Israeli-occupied West Bank and Gaza strip, which is under blockade, with East Jerusalem as their capital – lands which were all overtaken by Israel in the 1967 war.

Details at the Palestinian News Network.