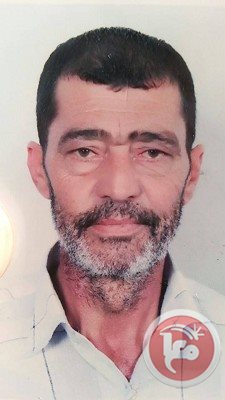 A Palestinian man has succumbed to wounds sustained during a car attack on a light rail station in East Jerusalem.60-year-old Abd al-Karim Nafith Hamid was injured when a Palestinian slammed his car into the Sheikh Jarrah tram station, killing a Druze officer in the Israeli border police and injuring at least 13 other people, Hamid’s wife Umm Ibrahim told Ma’an News Agency.

Mr. Hamid suffered multiple fractures of the spine and feet, and subsequently had a heart attack.

According to his wife, he did not receive the necessary medical treatment right away.

‘After the Israeli forces identified the injured people, they handcuffed my injured husband because he is an Arab and didn’t offer him the appropriate treatment. Neither did they evacuate him to the hospital immediately.’

She said that, according to eyewitnesses, her husband arrived at Shaare Zedek Medical Center handcuffed.

‘He has been in an intensive care room and he was given all the necessary surgeries, but he was declared dead today,’ Umm Ibrahim said.

Mr. Hamid left behind 12 children and two widows. His body was taken to the al-Maqasid hospital, in Jerusalem, and then to his home village of Anata, east of Jerusalem.

He will be buried at Bab al-Sahira cemetery, in Jerusalem’s Old City.