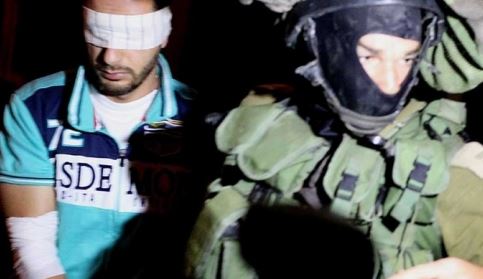 The four have been identified as Omar Mheisin from Shu’fat refugee camp, former Fateh Secretary in Jerusalem Omar Shalabi, Nasser al-Hadmy from ‘Aqbat As-Suwwana, and Odai Sonnoqrot from Ras al-‘Amoud.

Sonnoqrot is one of the guards of the Al-Aqsa Mosque.

The family of Shalabi said the soldiers searched and ransacked their property, and confiscated some of his belongings.

In addition, army invaded that home of Sami Abu Ghalia, secretary of Fateh movement in the Bedouin area, searched his property and his car.

His son said the soldiers broke into the family home, and attacked several members, including a paralyzed family member, and kidnapped Ibrahim after cuffing and blindfolding him.