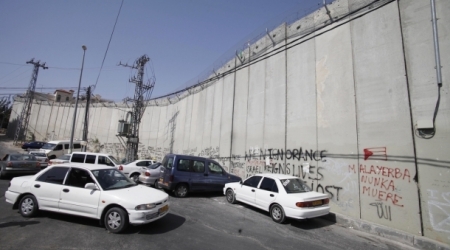 The summary resolution of the conference of High Contracting Parties to the Fourth Geneva Convention has denounced the continued practice of settlement expansion in occupied Palestinian territories (oPt), expresseing deep concern over the frequency of international humanitarian law violations by the Israeli state.The summary additionally called for Israel to desist from any activity which alters the demographic balance in the West Bank and East Jerusalem.

According to Al Ray Palestinian News Agency, the resolution expressed apprehension over the effect of continued occupation of Palestinian lands and noted that the construction of the separation barrier, insofar as it deviates from the Green Line, and the continued closure of the Gaza Strip, are in violation of international law.

The summary resolution emphasized that Israel is obligated ‘to administer the Occupied Palestinian Territory in a way which fully takes into account the needs of the civilian population while safeguarding its own security, and notably preserve its demographic characteristics.’

This, Al Ray reports, is a call to the Israeli government to stop encouraging Israeli citizens to make their homes beyond the Green Line.

Note: The Geneva Convention forbids the transfer of civilians from the occupying power into the occupied area by force or with the encouragement of the government, for example, in the case of Israeli settlements in the West Bank.

Although Israel was signatory to the convention following its establishment, and the government even ratified it, it is not anchored in law by the Israeli parliament of the Knesset.

Israel claims that the convention does not apply in the West Bank and East Jerusalem because they are disputed, as opposed to occupied territory. Therefore, Israel poses that construction in the settlements is a violation of the convention.

In an indirect reference to the nature of Israeli activity during this past summer’s conflict in the Gaza Strip, the summary resolution said that all parties to the conflict, including ‘non-State actors,’are forbidden to carry out ‘indiscriminate attacks of any kind, including attacks which are not directed at specific military objectives, and the employment of a method or means of combat which cannot be directed at a specific military objective , [and] disproportionate attacks of any kind, including excessive destruction of civilian infrastructure.’

‘The participating High Contracting Parties express their deep concern about recurring violations of international humanitarian law by all parties to the conflict, and as such also by non-State actors, including in the context of military operations and attacks directed against and emanating from the Occupied Palestinian Territory…