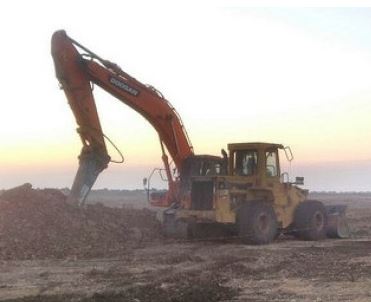 The Israeli Supreme Court ruled, Tuesday, in favor of allowing the Afek Oil Company headed by hardliner and former Minister of National Infrastructure, Effie Eitam, to dig for oil in the Israeli-occupied Syrian Golan Heights.The Court turned down an appeal by green groups demanding halting the drilling, and overturned an older ruling the stopped it.

The court said “the drilling will not cause harm to nature,” while dozens of environment activists protested in front of the court building, demanding the drilling to stop, the Arabs48 News Website has reported.

Israeli sources said the dispute over the drilling in the Golan Heights wasn’t about the legitimacy of digging for oil in an occupied territory, but about a struggle led by environmental activists.

Several years ago, the company filed an application to be authorized to dig for oil in the occupied Golan, and on Tuesday, Israeli sources said Tel Aviv has no objections, especially after specialists of the Ministry of Energy and Water Resources, and the Geological Center, said they have no objection to the drilling.