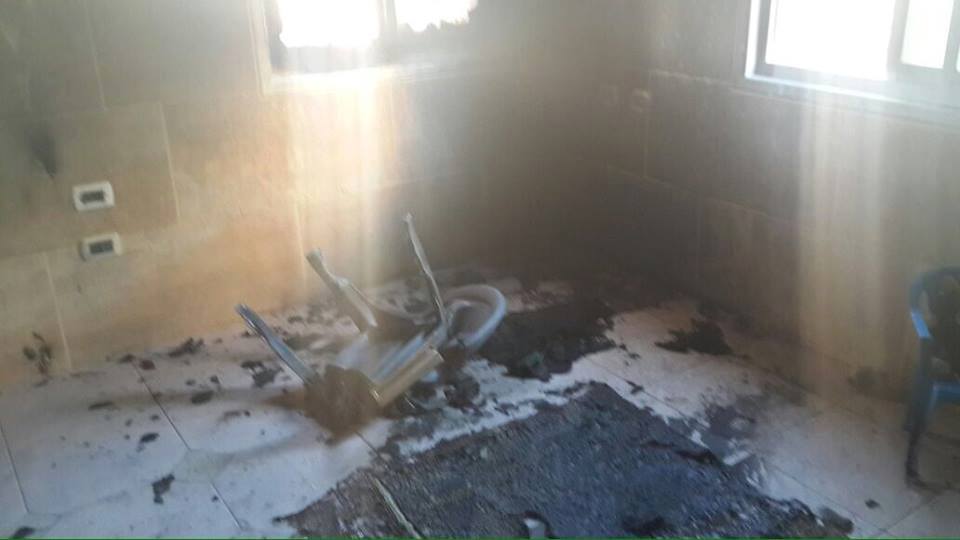 A Palestinian family from a village east of the town of Yatta, near the southern West Bank city of Hebron, narrowly escaped death on Wednesday at dawn, when a number of fanatic Israeli settlers hurled Molotov cocktails into their home as they slept.The head of the Yatta City Council Mousa Makhamra told the Maan News Agency that the attack is a very serious and dangerous escalation, adding that it is an attempt to annihilate a family of seven; five children and their parents.

Makhamra added that the fanatic settlers, from Karmiel illegal settlement, infiltrated into ad-Deerat village, east of Yatta, at approximately 3 am, and throw the Molotov cocktails into the Palestinian home after writing racist graffiti on its outer walls.

Makhamra further stated that the family woke up in time, and their neighbors rushed in when they saw the house on fire, and rescued the family.

The fires consumed the furniture in the living room, but was controlled before it spread.

The settlers wrote racist anti-Arab graffiti, including the infamous statement “Death To Arabs”, and other graffiti.