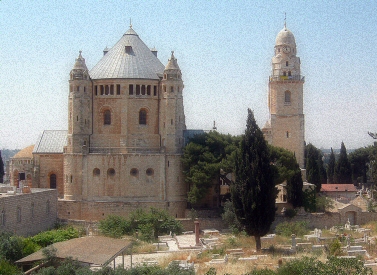 Eight Palestinian children were also abducted near Ofer Prison, on the West Bank-Israel border near Ramallah, according to local sources.

Witnesses said that an Israeli army force ambushed the children near the prison and abducted them. The attacking soldiers also reportedly assaulted the children’s mothers, who attempted to release their children.

Soldiers fired teargas and toxic gas canisters towards the mothers, causing some of them to suffocate.

A report published by UNICEF, in 2013, stated that the “ill treatment of children who come in contact with military detention system appears to be widespread, systematic, and institutionalized throughout the process from the moment of arrest until the child’s prosecution and eventual conviction and sentencing.”

Hours earlier, on Wednesday, police took into custody Saif and Deya’ ‘Ubaid, two residents from al-‘Isawiya village, while they were near Bab al-‘Amud.

In the West Bank and, in particular, the Tulkarem district, forces raided Shwaika neighborhood, to the north of the city, where they kidnapped 21-year-old Muhammad Badawi, 18-year-old Mujahed Kattawi and 22-year-old ‘Adel Kadduha, after breaking into and ransacking their homes.

Meanwhile, in the Tubas district, forces took 24-year-old Hazem Maslamani and Hamza Daraghma after invading their homes with canine units.

Maslamani, whose father was imprisoned and exiled to the Gaza Strip by Israel, sustained injuries as a result of being brutally assaulted by soldiers.

Israeli authorities also confiscated the contents of a commercial store in the village of Housan, to the west of Bethlehem.

A local activist told WAFA correspondence that an Israeli army force, accompanied by heavy machinery, broke into the village before raiding the store and ravaging its contents, estimated at a value of around $65,000.

The village of Housan has been subject to recurrent army incursions during the past three days, including provocative firing of teargas canisters and stun grenades.

In Jerusalem, on Wednesday, an Israeli settler was arrested for attacking the Dormition Abbey, and vandalizing a cross and a statue, local media reported.

The Executive Secretary of the Jerusalem Inter-Church Center of the Heads of Churches of Jerusalem (JIC), Yusef Daher, told WAFA that the church was attacked by an Israeli settler who vandalized its content, an incident which is not the first of its kind.

In 2013, a similar attack took place where vandals targeted the church, believed to be where the Virgin Mary passed away. Vandals sprayed graffiti on its walls with anti-Christian slogans such as ‘Christians are monkeys’ and ‘Christians are slaves”.

According to media reports, the church’s guard arrested the settler after the latter jumped over the wall and vandalized a cross and a statue.

Mr. Daher said such incidents take place often. The only difference is that, this time, Israeli police arrested the settler the same day, he said.

Christian holy sites in Israel and Palestine are frequently vandalized or even burned by extremist Jewish militants, with threats to Christian clergy also a frequent occurence.

The Jerusalem Fund report “When Settlers Attack” stated, “From 2010 to 2011 there was a 39 percent increase in incidents of Israel Settler violence. In the five year period from 2007 through 2011 there has been a 315 percent increase. Conversely, over the same 5-year period, there has been a 95 percent decrease in Palestinian violence in the West Bank.”