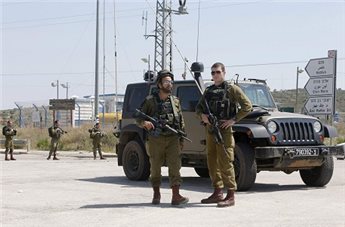 Israeli police say they have arrested a settler suspected of shooting and injuring a Palestinian teenager in Hebron on Saturday.According to Ma’an News Agency, a ‘public security officer’ was arrested on suspicion of shooting Ibrahim Issa Suleiman al-Tubasi, age 15, while he was working his family’s land south of Hebron.

The unidentified settler is from Beit Hagai, in the south Hebron hills, and is to appear in court later on Monday.

Settlers in the south Hebron hills regularly attack Palestinian farmers and school children, who are often accompanied by international peace volunteers to protect them.

The south Hebron hills are located in Area C, where less than 1 percent of the land has been planned for Palestinian development.

There are some 135 settlements and over 100 outposts in the same area, according to Ma’an.