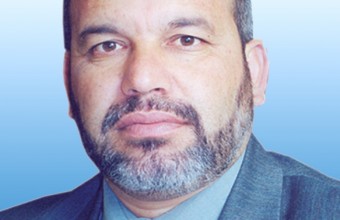 The Ahrar Center for Detainees Studies and Human Rights has stated that 57-year-old Palestinian member of parliament Hatem Qafisha now holds the record for the longest period of administrative detention in Israeli prisons. Qafisha has been imprisoned for a total of 134 months now (11.7 years), in addition to 8 months of exile in the beginning of the 90s, PNN reports.

Director of Ahrar Fuad Al Khuffash said, in regard to the case, that Israeli authorities torture the prisoner, keep him hostage and consume his powers with no charges whatsoever.

Mr. Al-Khuffash said that Qafisha was arrested 9 successive times in addition to the 8-month exile of 1992.

His last arrest was on February 4th of 2013, under which he is still being held without charge or release date, making for a total of about 134 months, to date.

Administrative detention is a procedure which allows the Israeli military to hold prisoners indefinitely on secret information, without charging them or allowing them to stand trial.

Israel routinely employs this archaic policy (dating back to the days of British Mandate Palestine) against Palestinians. Statistics show that over the years, thousands of Palestinians have been held in Israeli custody as administrative detainees for extended periods of time.