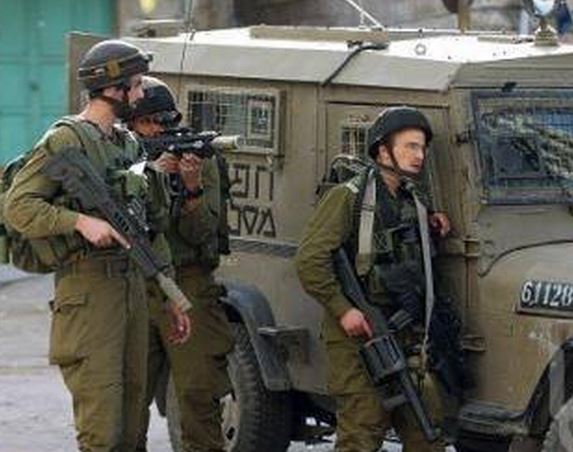 In addition, soldiers kidnapped a child identified as Bader Abed ad-Darabee’, 15 years of age, after storming his family’s home in Doura town, southwest of Hebron.

The soldiers also kidnapped Salem Mohammad al-‘Amid, 21, from his home the as-Sammoa’ town, south of Hebron.

Army also invaded the nearby town of Az-Zababda, and drove around in its street before withdrawing later on.

In other news, the ‘Ofer Israeli Military Court, sentenced four Palestinian detainees to arbitrary Administrative Detention without charges or trial.