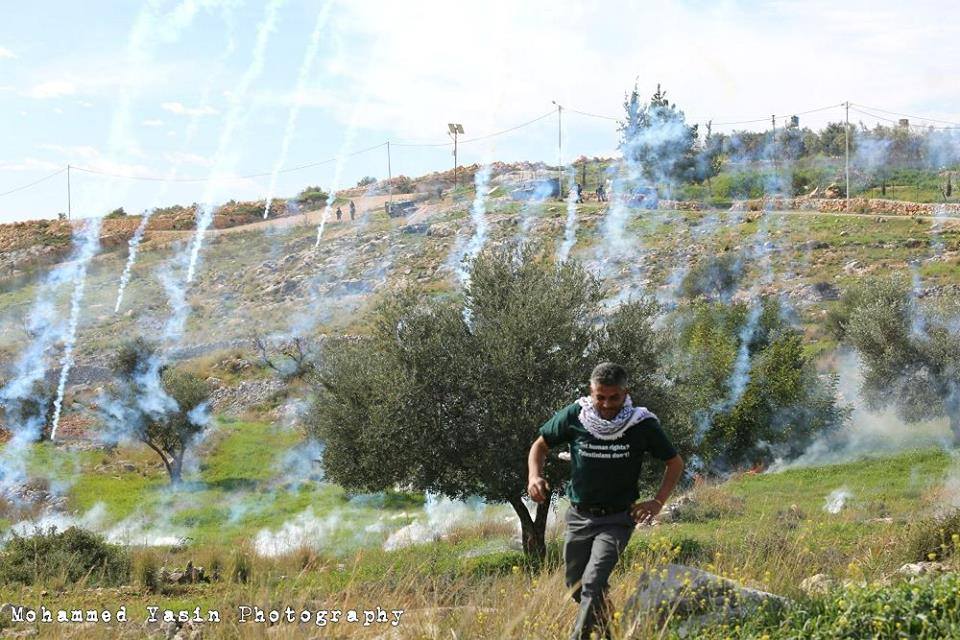 Israeli soldiers attacked the weekly nonviolent protest against the Israeli Annexation Wall and Settlements, in Bil’in village, near the central West Bank city of Ramallah, leading to several injuries.The protesters marched in the streets of the village, carrying Palestinian flags and chanting for national unity, steadfastness and ongoing struggle against the Israeli oppression, occupation, its apartheid wall and colonies in occupied Palestine.

They also called for ongoing activities against Israel’s illegal annexation of Palestinian lands, and for the release of all political prisoners held by Israel.

One Palestinian was shot and injured by an Israeli gas bomb to the leg, and many suffered the effects of tear gas inhalation, the Popular Committee Against the Wall and Settlements in Bil’in said.

Bil’in residents, along with Israeli and international peace activists, have been holding weekly nonviolent protests against the Wall and Settlements for the tenth year, rejecting the illegal Israeli occupation, and its ongoing oppression against the Palestinian people, their lands and their holy sites.

This week’s protest also comes to express the Palestinian rejection to the Israeli plans to displace and remove the Bedouins, to replace them with illegal colonies, and the ongoing Israeli policies that aim at removing the Palestinians from their lands.

The Popular Committee also strongly denounced the ugly crime carried out against the Jordanian pilot who was burnt to death in Syria, and sent their condolences to the Jordanian people.