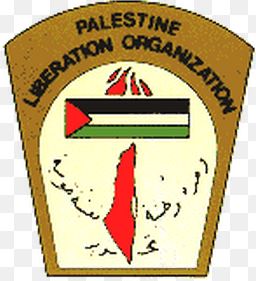 The Palestine Liberation Organization (PLO), and the Palestinian National Authority (PNA) issued a statement strongly condemning an American court decision, on Monday, in what is known as “Sokolow VS PLO case”, ordering the PLO to pay $218.5 Million to “victims killed in attacks more than a decade ago.”The ruling in this case was made by a 12-member jury in the Manhattan Federal Court, who held the PLO and the PNA liable for six bombings and shooting incidents that took place between the years 2002 and 2004 in Jerusalem.

The plaintiffs claim that both the al-Aqsa Martyrs Brigades, the dismantled armed wing of Fateh Movement, and the Hamas movement (who is not part of the PLO), and its armed wing, are responsible for the death of 33 persons, including some who are U.S. citizens, in addition to allegedly wounding at least 450 others.

Both defendants said they would appeal the decision, as the plaintiffs are seeking a much larger amount, including seeking out Palestinian assets, while the PLO denounced the ruling as politically motivated, and based on faulty accusations.

The PLO also stated that the court violated a ruling, made last week by a Federal Judge in Washington DC, who ruled that “U.S. localities are not the proper jurisdiction for such a hearing.”

It is worth mentioning that, in September of last year, a deferral court in Brooklyn ruled that the “Arab Bank – Palestine Branch, is liable allegedly for providing financial support to the Islamic Resistance Movement, Hamas.

Under the American “Anti-Terrorism Act”, American citizens “hurt in terrorist attacks around the world, can pursue damage in U.S. federal courts.”

Reuters said the ruling could benefit American families, and victims who hold foreign passports, in filing lawsuits seeking compensation and holding foreign entities accountable in American courts, although the alleged attacks did not take place in the U.S.

The Palestine Liberation Organization (PLO) and the Palestinian National Authority (PNA) are deeply disappointed by the adverse decision issued today in a New York court. The charges that were made against us are baseless.

Furthermore, the New York Court ignored the legal precedent set time and again by other U.S. courts-including a ruling last week by a Federal Judge in Washington DC-that established that U.S. localities are not the proper jurisdiction for such a hearing. We will appeal this decision.

We are confident that we will prevail, as we have faith in the U.S. legal system and are certain about our common sense belief and our strong legal standing.

This case is just the latest attempt by hardline anti-peace factions in Israel to use and abuse the U.S. legal system to advance their narrow political and ideological agenda: to block the two state solution, advance the illegal settlements in our land, continue to attack and divert the PLO and PNA’s limited resources from needed services and programs for our people, and to distract the public from the everyday inequities and injustices Palestinians face, and which we try to address through a proper legal framework.

The decision is a tragic disservice to the millions of Palestinians who have invested in the democratic process and the rule of law in order to seek justice and redress their grievances, and to the international community which has invested so much in financial and political capital in a two-state solution in which the PLO and PNA are paramount.

As ever, we will continue to combat extremism and violence and maintain a strong commitment to nonviolent resistance and international legal, political and moral redress.

We stand ready to be a partner in peace and an unyielding advocate for the rights of our people and homeland to exist as a free, independent, democratic and prosperous state, living in peace with our neighbors.