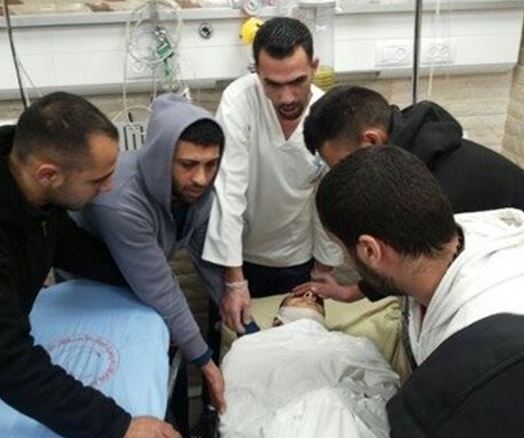 Israeli soldiers invaded, on Tuesday at dawn, the Deheishe refugee camp, in the West Bank district of Bethlehem, shot and killed a Palestinian teen, and wounded several others.
Medical sources said the slain young man has been identified as Jihad Shehada al-Ja’fary, 19 years of age.

The sources added that al-Ja’fary was shot by a live round that penetrated his left shoulder, and lodged in his chest causing a severe bleeding.

The soldiers prevented Palestinian medics from reaching the seriously wounded man, and he bled to death before the medics managed to move him to the al-Yamama hospital, in Bethlehem.

His body was then moved to the Beit Jala governmental hospital, and will later be moved to a forensic center.

The slain Palestinian was standing on his home’s rooftop, overlooking the main road, when he was shot.

Eyewitnesses said scores of soldiers invaded the camp in an attempt to kidnap a Palestinian, an issue that led to clashes between the soldiers and local youths who hurled stones and empty bottles on them.