Israeli Attorney-General to Decide on Criminal Probe of Netanyahu 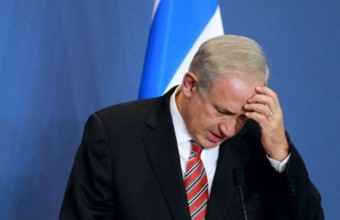 Israeli Attorney-General Yehuda Weinstein will decide, on Sunday, whether or not to launch a criminal investigation into the various affairs regarding the spending at Prime Minister Benjamin Netanyahu’s official residence, after Israel Police Commissioner Yohanan Danino announced, earlier this week, that there is room to open a formal examination against Netanyahu.PNN reports that Weinstein said the investigation will take place only after the election because there isn’t enough time to complete the probe before March 17. Weinstein alleged that Netanyahu himself is not suspected of involvement in the crimes. However, police have said that the Netanyahu may also be called in for questioning.

A statement from Weinstein’s office read that the findings, dealing with the official Jerusalem residence and Netanyahu’s private Caesarea home, as well as the testimonies of a former employee at the residence, raised only mild suspicions.

‘But, the state attorney’s office believes that the variety of affairs justifies a probe, at the end of which it will be decided whether to launch a criminal investigation,’ it said.

‘One must note that in the material accumulated to this point, there is no evidence that raises the suspicion of involvement of the prime minister himself in the said deeds,’ the statement added.

The possible investigation would focus on testimonies and evidence that suggest that the Prime Minister and his wife Sara, or people on their behalf, used state funds to pay for private domestic help in their official residence in Jerusalem.

If the probe goes forward, Ezra Seidoff, the deputy director of the Prime Minister’s Office, will be one of the main individuals who may be called in for questioning.

Israeli Channel 2’s investigative show ‘Fact’ claimed, earlier this week, that Benjamin and Sara Netanyahu renovated their private villa in Caesarea to the tune of tens of thousands of shekels at the expense of the state.

According to the show, shortly after the 2009 Israeli elections but before Netanyahu took office as prime minister, the couple engaged Benny Keren, a contractor from Kiryat Haim, to carry out work at their home in Caesarea. Keren was asked to detail the problems in the property and assess the overall damage.

A law enforcement source said, Wednesday, that ‘the evidence allegedly shows a criminal method, and there is no escape from examining it. This accumulation (of findings) cannot be ignored,’ he said.

A senior police source said on Wednesday that the Attorney General should hurry in making his decision, in order to prevent any attempts to obstruct the investigation, such as through coordinating versions ahead of the probe.

See also: Who is Netanyahu? Why Should Congress Boycott his Speech?