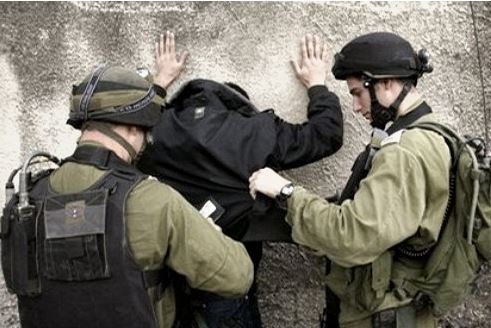 Israeli soldiers invaded, earlier on Wednesday, several communities in the occupied West Bank, broke into dozens of homes and searched them, and kidnapped at least Palestinians, including four teenagers.The Israeli military said the arrests were focused in the Central West Bank district of Ramallah, and the southern West Bank district of Hebron, and that all arrested Palestinians were moved to a number of interrogation facilities.

Most of the kidnapped Palestinians were taken prisoner after the soldiers invaded the towns of Deir ‘Ammar, ‘Abwein and Deir Abu Mashal, near Ramallah, and the al-Fawwar refugee camp, north of Hebron.

Media sources in Hebron said the soldiers invaded various neighborhoods in the city, and withdrew later to a number of nearby military bases.

The soldiers also invaded the al-Fawwar refugee camp, and kidnapped four teenagers after breaking into their families homes, and violently searching them, causing property damage.

Israeli extremists, accompanied by a number of soldiers, also invaded the Hasaka area, where a number of water springs are located, and prevented the Palestinians from entering it.

Local sources said the soldiers kidnapped Salah Abdullah Zyoud, 20, from Sielet al-Harethiyya while he was near the Salem base, in addition to Mo’tasem Fawwaz Yousef and Sa’id Yousef Issa, from Beit ‘Aanin, while working in Jerusalem.

In addition, soldiers invaded Qabatia town, near Jenin, and handed three Palestinians military orders for interrogation in the Salem base.

Nazzal family said the soldiers smashed the front door of their home, and violently searched the property causing excessive damage.

On Tuesday evening, soldiers kidnapped a Palestinian near a military post, in the Jenin district, allegedly while carrying a knife, and claimed the young man said, during interrogation, that “he intended to stab a soldier.”

Also on Tuesday evening, Israeli soldiers and extremist settlers attacked five young Palestinian men in their farmlands, near Kisan village, in the West Bank district of Bethlehem, before the soldiers kidnapped them. http://www.imemc.org/article/70773