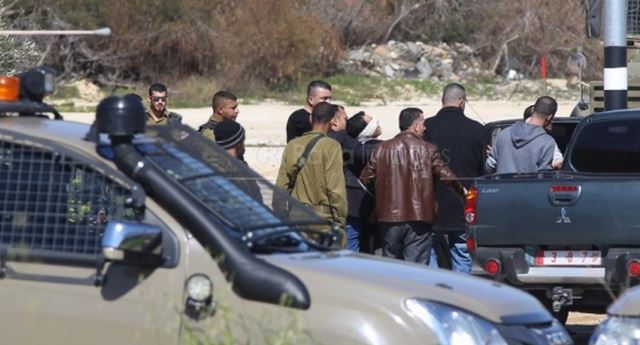 Israeli soldiers attacked, on Thursday afternoon, a number of Palestinian police officers chasing a suspect who tried to run away through an Israeli military roadblock close to the Bet El military base, built on Palestinian lands near the central West Bank city of Ramallah.The incident was partially captured on video that was published by PalMedia agency.

Media sources in Ramallah said the Police were chasing the suspect who fled towards the Israeli roadblock, when the soldiers intercepted them, attack them, and forced them to surrender under gunpoint.

Palestinian controlled areas in the occupied West Bank are largely isolated by Israeli colonies, military camp, and roads that are under full Israeli military and security control.

In many previous incidents, the police had to quit chasing persons, suspected of committing crimes or felonies, because they managed to drive into West Bank areas that are under Israeli control.