Obama Administration on Israeli Election: ‘Enough With the UN Cover Up’ 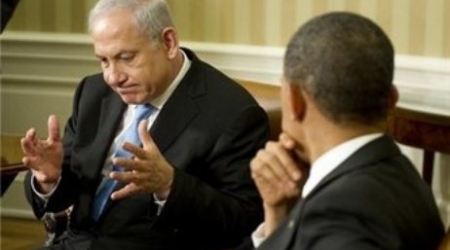 An earthquake could overwhelm the traditional and strong relations between the United States and Israel. An earthquake called Netanyahu. The re-election of the Prime Minister on Tuesday did not increase the enthusiasm of President Obama, with whom relations have become brittle. But if there was a certainty in the Middle East, it was the unconditional support from Washington to any Israeli Prime Minister.Even that certainty, now, could crumble: yesterday the Obama administration has raised the possibility of withdrawing their diplomatic cover for Israel at the United Nations, if the renewed leadership will continue in the stated goal to boycott the two-state solution. Bibi had announced the day before the elections of March 17, in an attempt – successful – to grab the votes of the right and the center-right: ‘If I win, there will never be a State of Palestine.’

A statement that, if to the Palestinians does not sound new, has worried the European Union and the White House. Both are well aware that on the Israel land has always prevented, through the wild colonization of the Territories and the untouchable pre-conditions imposed to the negotiating table, the achievement of a final peace agreement. But such statements scare. Causing the unthinkable: the election campaign was ‘cynical and divisive,’ say the US, ‘a pretty clear attempt to marginalize the Arab citizens of Israel.’

‘The steps that the United States have taken to the United Nations were based on the idea that the two-state solution is the best result – said yesterday the White House spokesman, Joshe Earnest – now our ally said he does not feels more committed to reaching that solution. This means that we will have to re-evaluate our position on the subject”.

If indeed the US abandon Israel in the jungle of the United Nations, where often to save Tel Aviv from resolutions and convictions was the US veto, for Netanyahu could go wrong. After all, Israel lives with funding from the US that cover much of the budget of the army and security and if the break materializes many of Israeli policies may remain dry.

Better try to fix this. So yesterday the confirmed Prime Minister showed up at the Msnbc TV for an interview in which he reassured the ally: it was only talk from the election campaign, the two-state solution remains a beacon for Israel. ‘I do not want a state, but a sustainable two-state solution, but in order for this to happen the circumstances must change. We cannot impose peace. And in any case, if you want peace, the Palestinian leadership must abandon the pact with Hamas and engage in genuine negotiations with Israel for a possible peace’.

Bibi reiterated that a Palestinian State will be possible if demilitarized and if the Palestinian leadership recognize Israel as a Jewish state, a demand that the PA has never wanted to accept because of the consequences that would cause to the Palestinian citizens of Israel, 20% of the total population of Israel.

In short, little changes. The Israeli vision remains the same and based on it, it is really unlikely that the resumption of negotiations, which has been failing for the last 20 years, will occur. The victory of Netanyahu, now the longest-serving leader of Israel, worried Obama that has not even congratulated Bibi for the reelection. The Israeli PM attempts to put patches and announce on television that he had spoken on the phone with US Secretary of State Kerry and wanted to speak with the president as soon as possible in order to ‘work together’.

Eventually, the two have spoken: in the evening yesterday, Obama telephoned Netanyahu and repeated what anticipated by his spokesman. The US president is frustrated by the many failures recorded in the Middle East, by the advance of ISIS to the disintegration of Iraq, for which he had just blamed the US invasion. On the Israel-Palestine peace process a lot has been bet. And everyday it is falling apart a bit more. Would the historic alliance with Israel the one to be at risk? Hard to believe. Obama is in sharp declines of support, with a Congress against and a Republican majority. The next president could go back being a Republican, party strictly connected to Israel, the same that invited Netanyahu before the reelection to speak in Congress despite the opposition of the White House.

Not forgetting the powerful American Jewish lobby, whose money for decades decides who wins and who loses the very same elections.