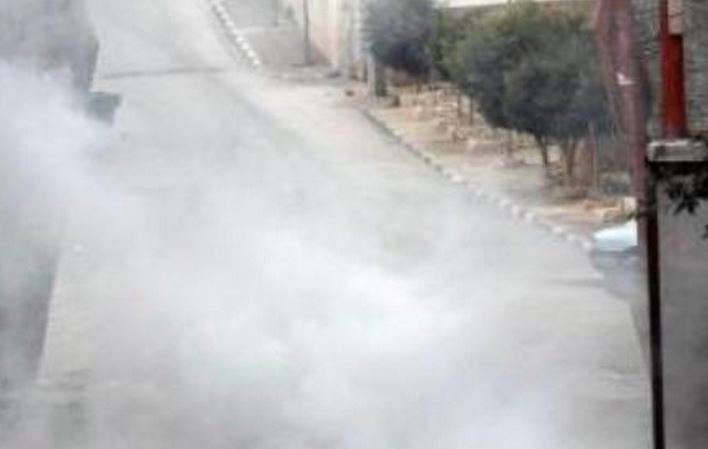 Israeli soldiers invaded, on Tuesday morning, the Teqoua’ town, east of the West Bank city of Bethlehem, and fired gas bombs causing many schoolchildren to suffer the effects of tear gas inhalation.Eyewitnesses said the children were walking to school when the soldiers stormed the village, especially since their schools are on the main road.

Fearing the army, the children tried to run away and avoid direct contact with the soldiers, but the soldiers fired several gas bombs, and concussion grenades, causing many to suffer the effects of tear gas inhalation.

The sources said one soldiers was struck in the forehead by a stone thrown by one of the protesters, and suffered a mild injury.